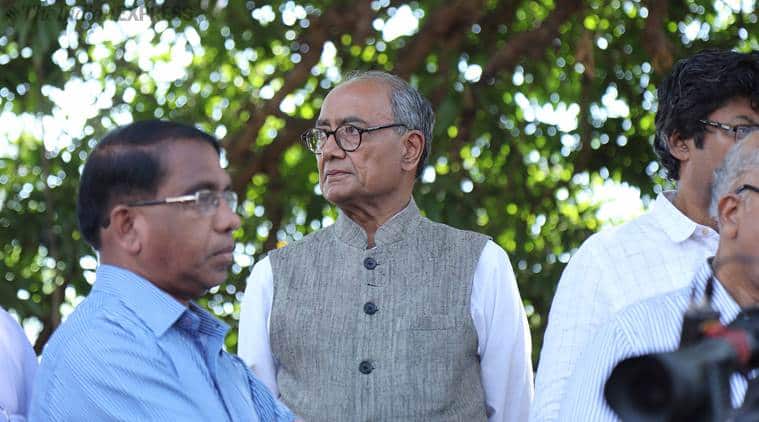 He also expressed concern over the police registering a case against a number of prominent personalities who have written a letter expressing concern over mob lynchings in the country to Prime Minister Narendra Modi.

“Leaders of BJP are taking out ‘sankalp (conviction) yatras’ on the 150th birth anniversary of Mahatma Gandhi (in the country). They should tell whether Nathuram Godse was a patriot or not,” Singh told reporters.

He said ideology of the BJP was in contrast to the Gandhian philosophy.

Meanwhile, Singh, 72, disclosed that RSS ideologues late Kushabhau Thakre and Rajmata Vijayrage Scindia had asked him to join Jan Sangh, the forerunner of the BJP, in 1970-71.

“But I declined because I respect the Mahatma,” he added.

Asked why he was recalling the purported offer now, Singh said he had been talking about it since then.

Responding to a query, the former chief minister said as many as 50 celebrities have been booked for writing a letter to the prime minister over growing cases of mob lynchings on an application filed by an advocate in a Bihar court.

“With due respect to court..but it is not fair as the Constitution guarantee freedom of expression to all,” he said.