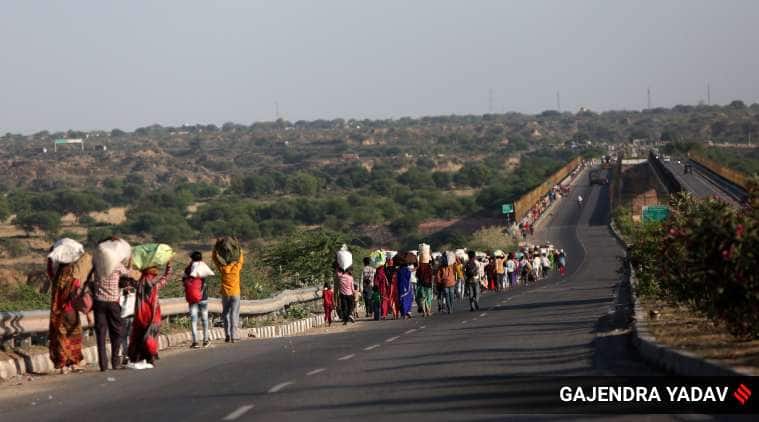 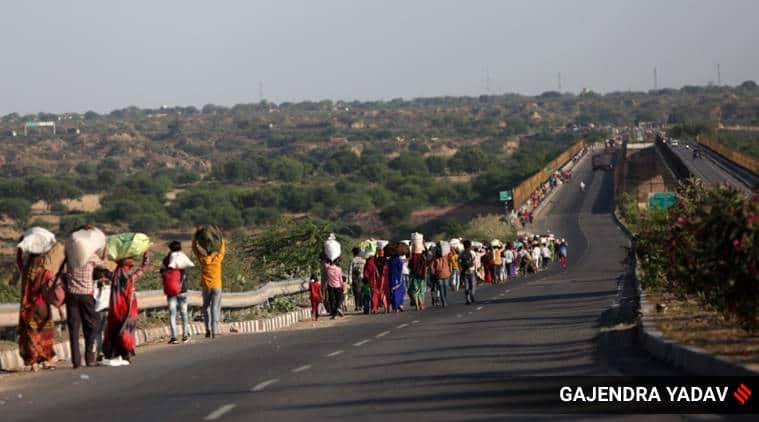 On Tuesday, the flow had almost ceased at the Gujarat-MP border that had seen a sea of migrant labourers for almost a week. (Express Photo by Gajendra Yadav)

THE BIHAR government is finding it difficult to convince migrants to remain at shelter camps in village schools for the 14-day quarantine period.

The Disaster Management Department has claimed to have transported over one lakh migrants to their district headquarters from where they were taken to their villages.

In Sitamarhi district, 17 migrants have gone missing since Tuesday night from Rampur Pachasi middle school in Pupri block’s Hardiya panchayat while many reportedly leave for their homes in the night to return in the morning. Pupri BDO Ragini Sahu said the administration was trying to trace the missing migrants.

Over 25,000 migrants are in quarantine at 3,115 schools across Bihar while the rest have been allowed to live with their families after basic health check-ups.

In Gopalganj, only 155 among over 11,000 migrants sent back to their villages are at the 99 quarantine centres. Gulf returnees, who are supposed to stay at the sample collection centres till their reports arrive, are not adhering to government directions. Several people have left for their homes after giving their blood samples at SS Balika High School in Gopalganj town and Jawahar Navodaya School Balara.

Gopalganj District Magistrate Arshad Aziz said he has asked officials to look into the matter.