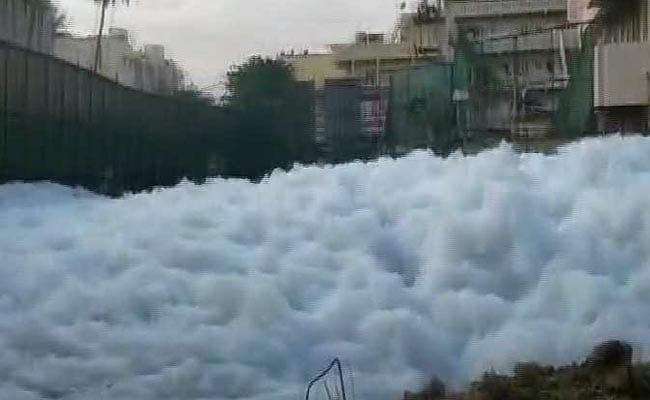 Bengaluru's Bellandur lake, infamous for its pollution, has started to froth once again. Giant chunks of smelly, white froth - that looked like cotton - could be seen spilling around residential neighbourhood.

The toxic froth in Bellandur and the other lakes of Bengaluru has persisted for at least two decades and has become a regular phenomenon of sorts.

Bellandur lake has become the largest septic tank in the city due to "sheer callousness and indifference", the green court had said in June last year and ordered the Karnataka government to take action.

Chemicals and pollutants had the lakes frothing for decades but made international headlines when the lakes started breathing fire and smoke too in the recent years.

In February 2017, huge flames were seen leaping off Bellandur lake, covering the region in thick smoke. The fire recurred in January last year. The flames were put out only after a seven-hour battle.

In July 2018, the sewage-filled froth of Bellandur lake travelled all the way to neighbouring Kolar district and reached a 1,400-crore water project.