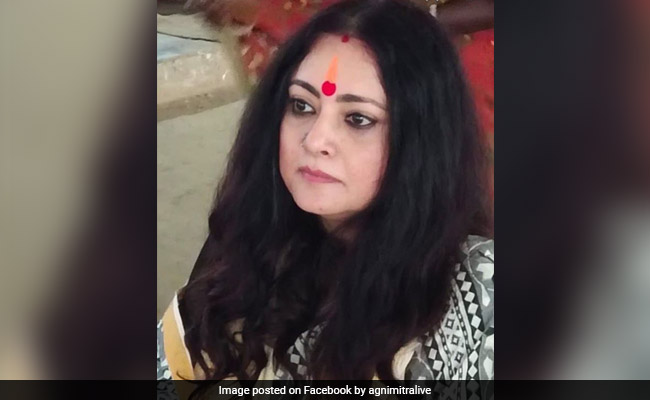 In an audio message on various Mahila Morcha WhatsApp groups, Ms Paul said she had designed two sarees with the lotus motif priced at Rs 280 each. Those interested can buy it from the BJP office.

"Women cadres should wear these sarees during party programmes," she said in the message.

The move did not go down well with some in the party.

"When a person has been appointed as chief of a BJP cell, they should be careful about what they say or ask party cadres to do. Even if she doesn't ask women cadres to buy and wear the sarees, when a person in position says something, it carries a different meaning altogether," a state BJP leader said, speaking on condition of anonymity.

"We have been associated with the BJP for a long time but never felt the need to wear a saree with the lotus symbol. This is politics not a fashion show. The rules of the game are different. When your conduct is under scrutiny, you cannot afford to make such mistakes," she said, wanting not to be named.

Ms Paul dismissed the comments as "motivated" and said she had sought prior permission of state BJP chief Dilip Ghosh.

Ms Paul said she had designed a few sarees with the lotus motif and, impressed with the product, some party workers suggested that it should be produced in bulk. An NGO was now producing the sarees.

"I designed it for free and the money received from its sale will go to the NGO," she told PTI.

Ms Paul, who joined the BJP in March 2019 and became the president of its state womens wing in June 2020, said after working for 23 years as a fashion designer, she doesn't need to resort to "cheap tricks" to sell her products.

These saris are being sold from the state BJP's stationery outlet- Vastu Bhandar. The money that will come from the sales will go to the NGO. I have no role to play there. These sarees are affordable. Do you really think you can buy a cotton sari for Rs 280? It will cost you at least Rs 500, she said.

Ms Paul said the sarees she designs for the market are quite expensive. "I designed the sarees with lotus motifs out of love for the party," she said.

West Bengal BJP president Dilip Ghosh said he is aware of the initiative and allowed the sale of these sarees only through the Vastu Bhandar at party office.

"Yes, I gave the permission for it. Those interested can buy the sarees from Vastu Bhandar. There should be no controversy over it," he said.