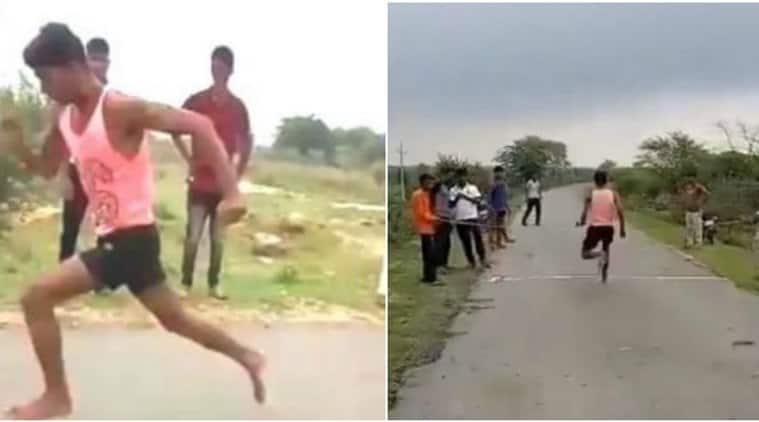 The video of a barefoot sprinter, Rameshwar Gurjar from Madhya Pradesh, completing a 100-metre lap in 11 seconds has gone viral on social media. On Friday night, Union Sports Minister Kiren Rijiju reacted to the video, saying that he would arrange for the 19-year-old to be admitted to an athletics academy in the country.

Pls ask someone to bring him to me @ChouhanShivraj ji. I’ll arrange to put him at an athletic academy. https://t.co/VywndKm3xZ

There may not have been anything official about the lap ran by Gurjar, with the only proof of his 11-second timing being the length of the video. However, those who have seen Gurjar running have been very impressed.

Rijiju responded to Chouhan’s tweet minutes later, promising to look into the matter.

Earlier, Madhya Pradesh sports minister Jitu Patwari had reacted to the video by saying: “With proper training and gear, he can complete 100 metres in 9 seconds.” The minister had also invited Gurjar to Bhopal.

According to reports in local media, Gurjar hails from a family of farmers in Madhya Pradesh’s Shivpuri district.

For some perspective on Gurjar’s ’11-second sprint’, the 100-metre national record is held by Amiya Mallick, who has a timing of 10.26 seconds. The gold medal in Friday’s 100-metre men’s sprint at the Indian Grand Prix in Patiala went to Nuzrat, who had a timing of 10.81 seconds.