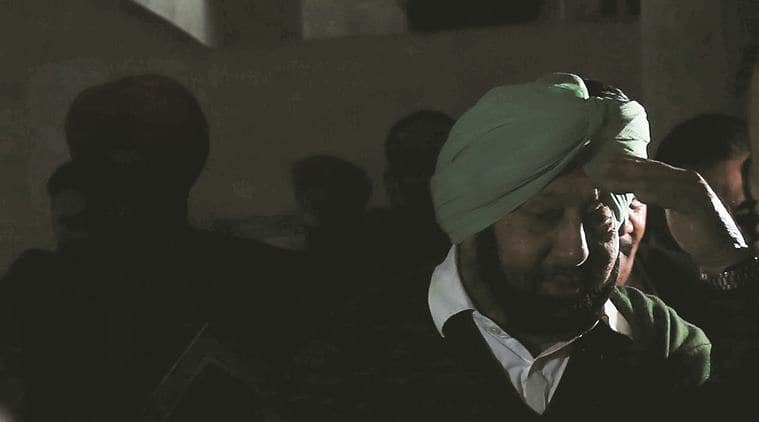 Chief Minister Capt Amarinder Singh Friday termed as “illogical and irrational” Congress MP Partap Singh Bajwa’s demand that Punjab Advocate General Atul Nanda be immediately sacked for allegedly failing to defend the interests of the state “effectively” in courts. Amarinder also asked Bajwa to “keep out of my government’s business, of which you are totally ignorant.”

The Congress MP said that the “incompetence of Nanda to defend the interests of the state effectively is reflected in the repeated failures he faced in the courts” in various cases, including those related to drug menace, mining, environment protection and sacrilege.

He urged Amarinder to sack Nanda immediately and appoint a “competent person” in his place.

Amarinder, however, termed Bajwa’s letter as a sign of the former Punjab Congress chief’s desperation to grab political limelight.

“I have full faith in the AG, You are neither competent nor equipped to judge Nanda’s competency, and have no business commenting or interfering in matters which you have absolutely no knowledge about,” said the chief minister, terming Bajwa’s allegations against the AG as “baseless”.

Bajwa had posted the “open letter” on his Twitter handle Friday afternoon, listing out seven instances in which he alleged that the AG had failed to protect Punjab’s interest.

Amarinder, however, said that Nanda had not even represented the Punjab Government in six of these cases. It exposes the extent of Bajwa’s lack of awareness and clearly indicates that he has a personal axe to grind against the AG, Amarinder said..

He also said that Bajwa’s recent attacks on him and his government were “totally senseless and politically motivated” and the MP’s behaviour was becoming increasingly ridiculous.

“Unless he (Bajwa) has a good explanation for such behaviour, which is clearly detrimental to the interests of his own party, one might even think he is working for the Opposition in Punjab,” said the chief minister.

Amarinder Singh further asked Bajwa to stop giving opinions on issues that do not concern him and, instead, focus on nurturing his constituency in the Rajya Sabha, in his own interest.

Earlier, Punjab ministers had on January 14 sought disciplinary action against Bajwa for raising a “banner of revolt” against Amarinder Singh. The demand for action came days after his announcement of not supporting Amarinder’s leadership for a second term unless action is taken on the desecration of religious texts.

MORTAL - I CHALLENGE YOU

Ala Vaikunthapurramloo now available on Netflix and Sun NXT