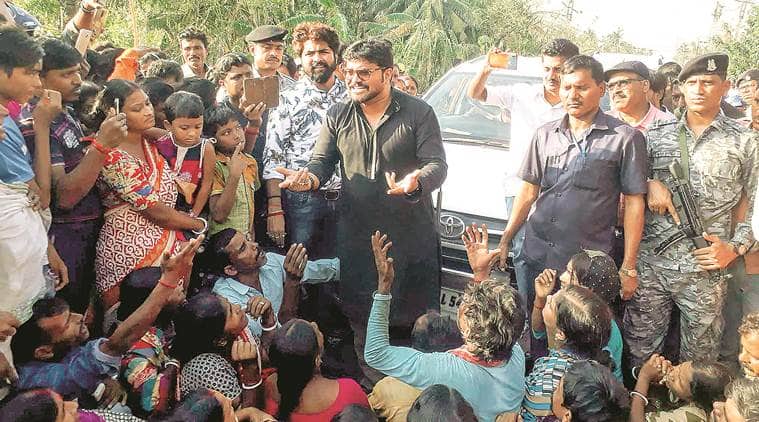 Union Minister of State for Environment, Forest and Climate Change Babul Supriyo on Wednesday faced protests from villagers and was asked to go back when he arrived in cyclone Bulbul-hit places in South 24 Parganas district to take stock of the situation.

He, however, claimed that the protesters were TMC activists who had tried to stop him from getting the first-hand account of the situation.

At least eight people had died after the cyclone made landfall between Bengal and Bangladesh coasts on Saturday. Electric lines were snapped, houses destroyed and tress felled.

The Union Minister said he would submit a report to Prime Minister Narendra Modi on the ground situation in Namkhana and Bakkhali areas which were most affected by the cyclone.

As soon as he reached Namkhana, Protesters stopped his convoy, showed him black flags, and he was asked to go back.

Speaking to reporters, Supriyo said, “I knew I would face protests during my visit. The agitators were all TMC activists. This is nothing new as it was planned. They wanted to stop me from visiting the affected people and learn about their poor conditions.”

Later in the day, the minister also visited Fraserganj where he met locals and enquired about their condition.

“I visited Bulbul-hit Namkhana and Bakkhali, where the storm left a trail of destruction rendering thousands homeless. Several locals complained about lack of relief material and food for the last four days. The TMC, however, will continue to engage in dirty politics,” he added.

Supriyo was also seen riding a two-wheeler to enter villages to interact with the locals.

Ridiculing Supriyo for his visit, TMC secretary general Partha Chatterjee said, “What is he doing there now? Where was he when the cyclone lashed the coastal areas? He may be interested in politicising the matter. However the fact is we have already disbursed compensation and relief work has started on Sunday. He should do his homework before making allegations.”