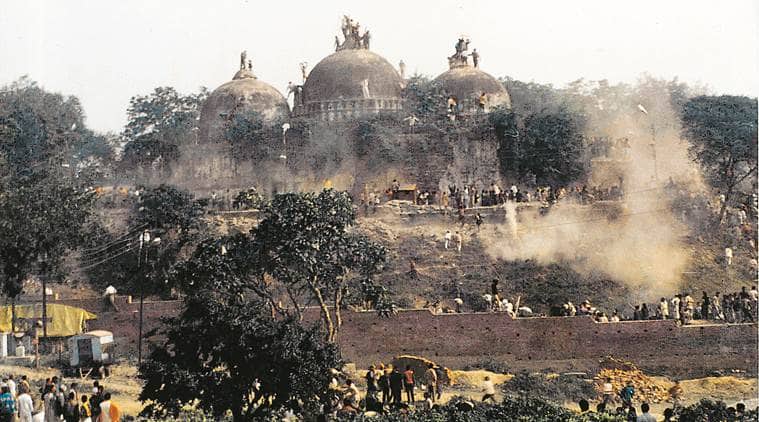 The All India Muslim Personal Law Board (AIMPLB) held a meeting of its working committee in Lucknow on Saturday and passed a set of resolutions, including one on the Ayodhya matter, which said that the “law of Shariat does not permit the transfer of land dedicated for the Masjid”.

On the triple talaq Bill, the resolution stated, “As regards the Muslim Women (Protection of Rights on Marriage) Act 2019, the Board has decided to challenge its constitutionality inter alia on the ground that it suffers from manifest arbitraries. The Act of 2019, far from protecting the rights of Muslim women and children in marriage will render Muslim women destitute.”

Nearly three months after the triple talaq Bill was passed by Rajya Sabha, this is the first statement by AIMPLB against the Bill. The announcement comes after several cases have been lodged in Uttar Pradesh under provisions of the new law. The Board's statement that it will challenge the Bill is significant because it is questioning constitutionality of the Bill for the first time.

On the Ayodhya dispute, the resolution stated, “It was resolved to reiterate the basic stand of the Muslim community that the land which is dedicated for the Masjid, its status cannot be altered, changed or transferred in any manner. The law of Shariat does not permit it. Therefore, no Muslim can surrender or transfer such wakf land.”

It also stated, “The AIMPLB expresses optimism that the honourable Supreme Court will pronounce a judgment in favour of the Muslim cause, which will be based on right, fairplay and justice…. It is a test case for basic values of secularism enshrined in our Constitution.”

On Uniform Civil Code, the resolution stated, “India is inhabited by multi-cultural and multi-religious people and each group has its constitutional rights to maintain its identity. The very concept of Uniform Civil Code is a threat to this diversity…”

UP minister slams Board

Meanwhile, Uttar Pradesh Minister State for Minority Welfare Mohsin Raza on Saturday claimed that AIMPLB “talks in favour of terrorism each time the government does something to free the country of terrorism”. Raza also raised questions on the timing of the Board’s working committee meeting on Saturday.

He told The Sunday Express, “When the Supreme Court is hearing the Ayodhya matter, an NGO like AIMPLB holding a secret meeting. What was the objective behind the meeting?” AIMPLB is also against NRC, he added.