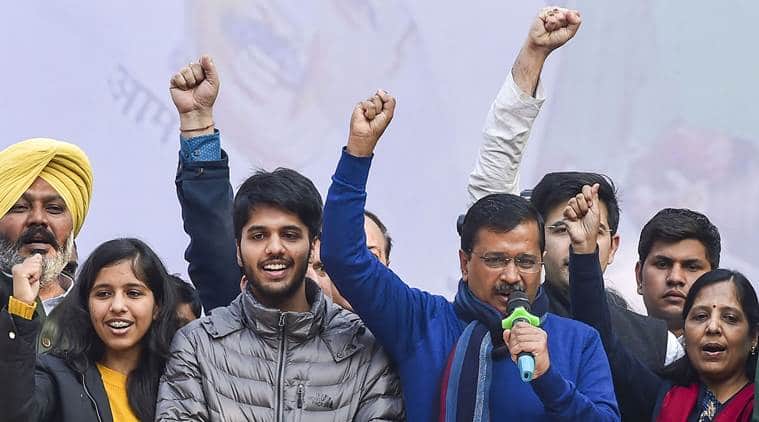 Arvind Kejriwal swearing-in ceremony LIVE updates: Around 2,000 personnel of Delhi Police and 25 companies of paramilitary forces have been deployed for the swearing-in ceremony of Aam Aadmi Party chief Arvind Kejriwal — for a third consecutive term — at Ramlila Maidan on Sunday. In view of the ceremony, traffic regulations will be in place in the area from 8 am to 2 pm.

The AAP leader has invited Prime Minister Narendra Modi and the seven Delhi MPs (all from BJP) and the eight BJP MLAs for the ceremony. The Prime Minister, however, is not expected to attend as he is in his constituency, Varanasi, on Sunday.

In the Delhi Assembly elections, the AAP recorded a massive victory winning 62 of the 70 seats while BJP bagged the remaining eight seats. The Congress drew a blank for the second consecutive time.