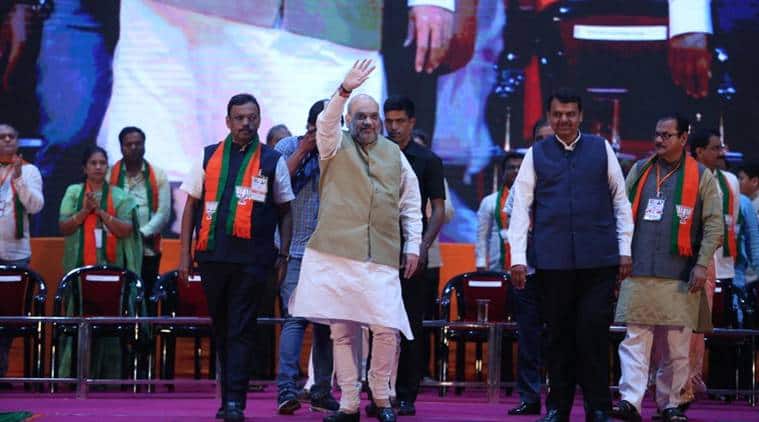 Blaming India’s first prime minister Jawaharlal Nehru for allegedly allowing to Pakistan to occupy parts of Kashmir, Union Home Minister Amit Shah on Sunday said Pakistan-occupied-Kashmir would not have come into existence had Nehru not declared ceasefire
with the neighbouring country.

He also said the country’s first home minister Sardar Vallabhbhai Patel should have been allowed to handle the Kashmir issue instead of Nehru.

Targeting Nehru over “non-integration” of Kashmir with India, Shah said: “PoK wouldn’t have come into existence had Nehru not declared untimely ceasefire with Pakistan. Article 370 was the reason why every Indian had to say and prove that Kashmir was an integral part of the nation. It was a barrier in the unity of India and the integrity of the nation.”

Addressing a BJP rally in Goregaon on the Centre’s decision to abrogate Article 370 in Jammu and Kashmir and to campaign for the BJP for the next month’s Maharashtra Assembly polls, Shah claimed that not a single bullet was fired in the Valley since scrapping of special status and that terrorism will be completely wiped out in the upcoming day.

Targetting Congress leader Rahul Gandhi, Shah said, “Congress sees politics behind Article 370 abrogation, we don’t see it that way. Rahul Baba you have come into politics now, but three generations of BJP have given their life for Kashmir, for the abrogation of Article 370. It’s not a political matter for us, it’s part of our goal to keep Bharat maa undivided.” “Those who indulged in corruption in Kashmir now feeling the heat despite the cold there,” he said.

Shah also reiterated that Devendra Fadnavis will continue as Maharashtra Chief Minister for a second term. It is expected that both BJP and Shiv Sena, which have formed an alliance for the upcoming Assembly elections in Maharashtra, will announce the seat-sharing arrangement today.

In the run-up to the Lok Sabha elections earlier this year, the two parties had decided that both would contest an equal number of seats in the Assembly polls. However, in the past few days, BJP leaders have indicated that the Sena may have to be content with a lesser number of seats.