Schools In UP, Delhi, Karnataka, Other States Closed For Ayodhya Verdict 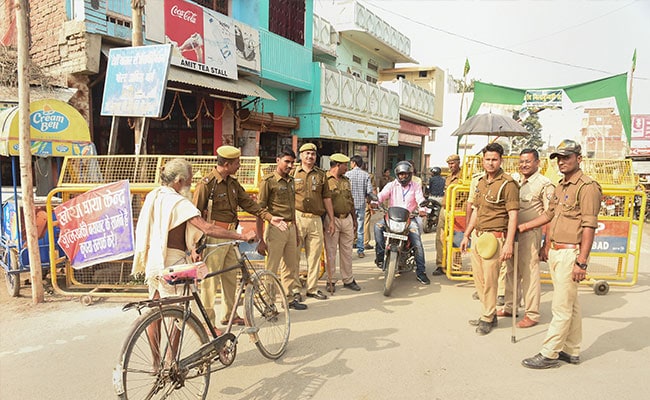 All schools, colleges and other educational institutions in Uttar Pradesh will remain closed from tomorrow until Monday in view of the Supreme Court's judgment in the Ayodhya temple-mosque title suit on Saturday. Chief Minister Yogi Adityanath has appealed to the people of the state not to pay attention to rumours and maintain peace and harmony, a government release said.

"The Chief Minister has said the state administration is committed to maintaining law and order in the state and ensuring safety of its people. Strong action will taken against those who will try to disturb law and order," a release by the UP government said.

The Supreme Court will deliver its landmark verdict on the Ayodhya dispute at 10:30 am on Saturday, ending decades of uncertainty on the issue.

The five-judge constitution bench headed by CJI Ranjan Gogoi had reserved the judgement on October 16 after a marathon hearing of 40 days. Earlier today, he had met top Uttar Pradesh officials to discuss law-and-order arrangements in this regard.

The other members of the bench are Justices SA Bobde, DY Chandrachud, Ashok Bhushan and S Abdul Nazeer.

The dispute involves 2.77 acres of land in Ayodhya, which right-wing activists believe was the birthplace of Lord Ram. A 16th Century mosque - said to have been built by the Mughal Emperor Babur -- which stood at the spot was razed in December 1992 by right-wing activists. In the days that followed, 2,000 people died in riots across the country.

In its 2010 verdict, the Allahabad High Court had divided the disputed land among the three main litigants--the Sunni Waqf Board, the Nirmohi Akhara and Ram Lalla. Fourteen appeals were filed against the judgement.

The Supreme Court had conducted day-to-day hearings after a meditation panel failed to arrive at a decision in August this year. The court has reserved its verdict in the case.

Massive security arrangements have been made in Uttar Pradesh ahead of the judgment. Around 12,000 police personnel have been deployed in the state to maintain law and order.

Multi-layered security measures have been put in place in Ayodhya, with drones being used to monitor the situation.The Ayodhya police have launched a mobile application by which they will monitor the ground situation with the help of 16,000 volunteers.

"Adequate forces have been provided to Ayodhya and all sensitive districts of the state. The force has been sufficiently strengthened with CAPF and PAC companies," Additional Director General of Police PV Ramasastry was quoted by news agency PTI as saying.

The centre on Thursday issued an alert to all states and union territories about posting adequate security at sensitive places. It has sent 4000 paramilitary personnel to Uttar Pradesh in view of the upcoming judgment.