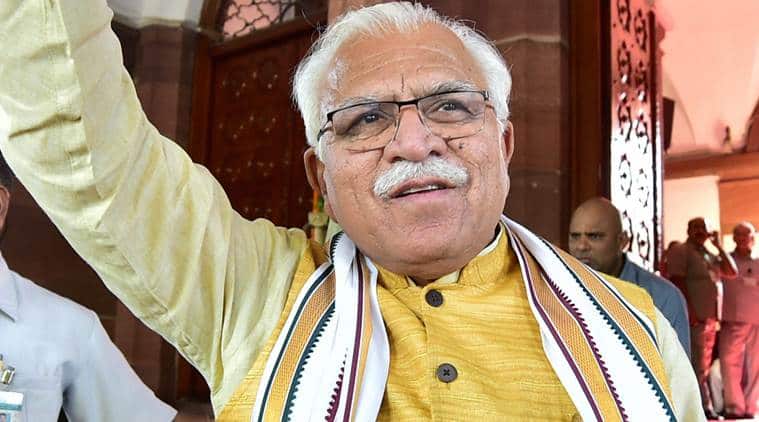 The Election Commission has issued a stern “advisory” to Haryana government asking it to strictly implement the transfer policy for officers in the run up to the Vidhan Sabha polls due in state in October.

Citing its “experiences” in this year’s Lok Sabha elections, the EC, in a scathing observation, accused Haryana government of not implementing the transfer policy for officers “in the right spirit”.

The EC, in the advisory, highlighted that “large number of complaints were received against such officers and officials who are covered under the transfer policy of the commission for their transfer, but were not transferred”. It added that Haryana government must strictly adhere to the transfer policy and complete its transfers and postings by the end of this month.

“Requests were also received from various departments for seeking the approval of transfer during the peak time of the election work and enhanced the load of unwanted work of the department where as such situation could be avoided had the EC’s transfer policy implemented in the right spirit. After the announcement of the election, no such transfer can be affected without the prior approval of the ECI,” the Haryana Chief Electoral Officer, communicating the EC’s guidelines, wrote to the state’s chief secretary.

There are various precedents that when elections approach, a sudden spurt in postings and transfers of officers is witnessed in the state. On Thursday itself, Haryana government transferred 24 IPS officers.

A full team of EC will be visiting the state in the first week of September to “review the status of implementation of transfer policy of the commission,” in the state.

The EC and senior deputy EC had also reiterated during a meeting held on August 14 on seeking the “required certificate regarding compliance of the commission’s directions” from Haryana government.

The CEO, in the advisory, further added, “I am further directed to request you to kindly direct all the additional chief secretaries, administrative secretaries and heads of departments, boards and corporations and public undertakings to identify the officers and officials who are directly or indirectly involved in election related work in accordance with the directions. Necessary action to transfer such personnel who fall under the criteria of transfer policy of the Commission as referred above may be taken, so that no difficulty may arise after the announcement of the ensuing Vidhan Sabha elections in the State. It is further requested that while transferring the officers, no vacancies in the cadre of district election officer, deputy district election officer, returning officers, assistant returning officers may fall”.

CEO has now asked state government to finish the postings and transfers of the officers connected with the election and send a compliance report by August 27.