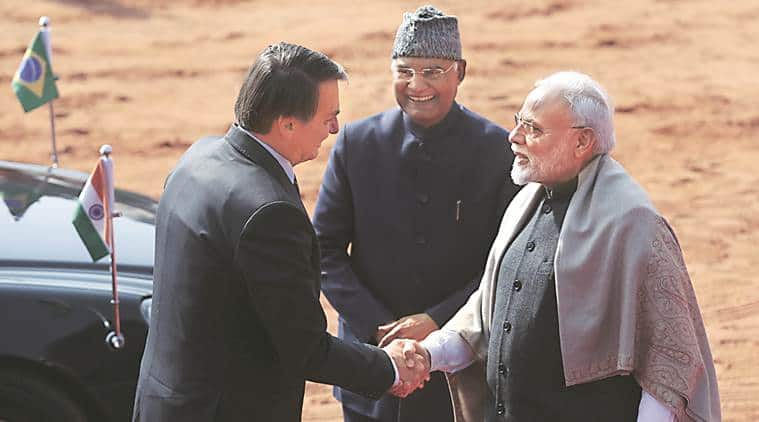 Days after US President Donald Trump reiterated his offer to “help” on Kashmir, a top Nepal government source on Saturday said that “if necessary”, it “can play the role of a mediator” between India and Pakistan since the country is “impartial, neutral, friendly, independent and peace-loving”. However, the source added for good measure that it would be “better” if the two countries talked directly.

This is the first time that Nepal has offered to mediate between India and Pakistan, as the SAARC summit — due to be held in Pakistan — has been postponed since 2016. At the last SAARC summit in Kathmandu in November 2014, former PM Sushil Koirala had played a role in getting the two leaders to talk to each other at a retreat in Dhulikhel.

The top Nepalese government source also asserted that there is “no relation between SAARC and terrorism”. New Delhi has always maintained that Pakistan’s support to terrorist activities in the region has led to a situation, which is not conducive to holding the SAARC summit.

Nepal would like to play a constructive role as mediator, the top Nepalese government source said, “Peaceful talks and discussions are the best ways to resolve any problems. There may be contradictions and differences but it can be resolved through dialogue. If necessary, we can play the role of the mediator as Nepal is an independent, neutral and peace-loving country. In the region, we are neutral, impartial and we love truth and facts.”

The source, however, said that a better solution would be to develop better dialogue between the two countries. “We can be instrumental, but it will be better (for the two sides) to develop direct contact,” the source told a group of visiting Indian journalists.

India has always maintained that there is no space for a third-party involvement in the bilateral relationship between New Delhi and Islamabad. The government reiterated this position this week, in response to Trump’s comments, once again, in Davos. The US President has been talking about his willingness to mediate since July last year, and has been politely refused by Delhi several times, including by Prime Minister Narendra Modi in Biarritz in August last year. What makes Nepal’s offer a bit more interesting is that it is headed by a strong Nepalese government, led by K P Sharma Oli, which has been asserting its position on bilateral issues of concern.

The top source in the Nepalese government said SAARC is “not dead” and needs to be “revived”. “There is no relation between SAARC and terrorism. We cannot connect the two. Terrorism is a common enemy. We are strongly against all forms and manifestations of terrorism.”