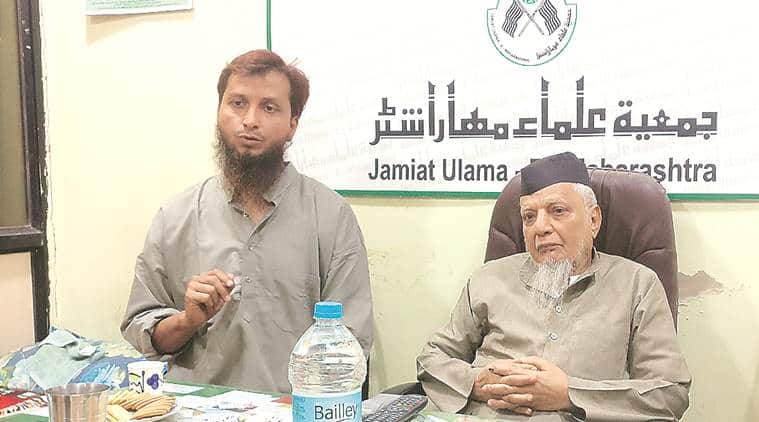 Acquitted nine years ago after being accused of aiding the 26/11 terror attack but unable to leave prison till his sentencing in another case, 49-year-old Faheem Ansari walked out of Bareilly Central Jail last Wednesday. He has one big regret — the two men he wanted to meet most after his release are no longer alive.

“The two men that I wanted to meet were lawyer Shahid Azmi who defended me in the 26/11 case and ATS Chief Hemant Karkare who had told officials that I was innocent. Sadly, both have fallen prey to the bullets of terrorists,” Ansari said while sitting in the Mumbai office of the Jamiat-e-Ulema Maharashtra, hours after he reached the city.

A calligrapher who used to work at his brother’s printing unit, Ansari was accused of having drawn the maps which aided the 26/11 terrorists, including Ajmal Kasab, zero-in on their targets. He was acquitted in the 26/11 case in May 2010 but had to remain in prison as the Uttar Pradesh STF had arrested him in February 2008, claiming he was involved in the attack on a CRPF camp in Rampur which left seven personnel and a civilian dead.

Ansari was subsequently charged with holding a fake Pakistani passport, fake Indian driving licences, some maps of Mumbai and a pistol. A Rampur court last week found Ansari guilty of holding fake documents but did not find evidence against him on the charge of waging war against the State. He was subsequently sentenced to a 10-year-term in jail but he walked out free Wednesday since he had already spent 11 years in prison.

“The UP police had picked me up from Lucknow when I had gone to shop for some dresses for my friends in Dubai. A week later, they said I was arrested from Rampur. I had no inkling why I was arrested,” Ansari said.

The youngest of nine siblings, Ansari spent much of his life in Mumbai before moving to Dubai in 2008 to work at a printing press. Two years into his job, he was arrested when he returned on vacation.

“I was in jail eight months before the 26/11 incident. One day I managed to read a newspaper which said I was involved in the 26/11 terror attacks. That really broke me,” he said.

He said he does not plan to contest the UP court verdict. “I don’t have the resources to fight the State. My family has been worn out, both financially as well as mentally. I don’t want to take on the State. I feel I have paid my dues. My God and I know that I am innocent,” Ansari said.

He said his priority is to ensure that his daughter, who is in college, completes her education. “She was three when I was arrested. I want to make sure she gets a good education. I also want to rebuild my life. People had stopped giving jobs to my brothers after my arrest. I don’t know how things will pan out now that I am free, but I want to make an honest living.”