Aditya, Who Hosts 'Indian Idol 12', Was "Out Of Action" Because Of Leg Injury 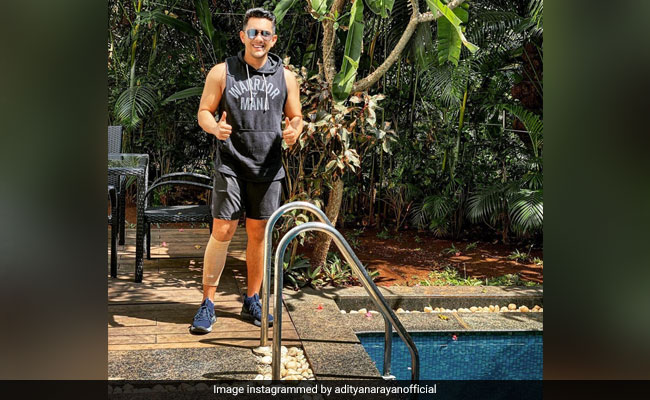 Singer Aditya Narayan, who hosts reality show Indian Idol 12, revealed that he was absent from the sets of the show this weekend because he suffered an injury. The singer, in an Instagram post on Monday, thanked comedian Bharti Singh and her husband Haarsh Limbachiyaa for taking his place temporarily and hosting the show. Aditya revealed that he was "out of action due to a gastrocnemius tear in his right calf" and he has been tending to the injury. He will be back as the host of the show this week. In his post, Aditya wrote: "Hey! Unfortunately, I was out of action due to a gastrocnemius tear in my right calf. My sincere gratitude to friends like family Bharti Singh and Haarsh Limbachiyaa for taking over the coveted #IndianIdol stage. Thoroughly enjoyed watching the two episodes. I am back this week. Rejoice!"

Aditya Narayan got married to actress Shweta Agarwal, with whom he co-starred in the 2010 film Shaapit, in December last year. His Instagram feed has many beautiful pictures of the couple from their wedding and honeymoon diaries. We have selected a few for you guys, take a look. You can thank us later.

Aditya Narayan is also an actor. He has acted in films like Jab Pyaar Kisise Hota Hai, Pardes and 22 days. He is the son of playback singer Udit Narayan and Deepa Narayan. Aditya is known for hosting reality shows like Sa Re Ga Ma Pa Challenge, Rising Star 3 and Entertainment Ki Raat.