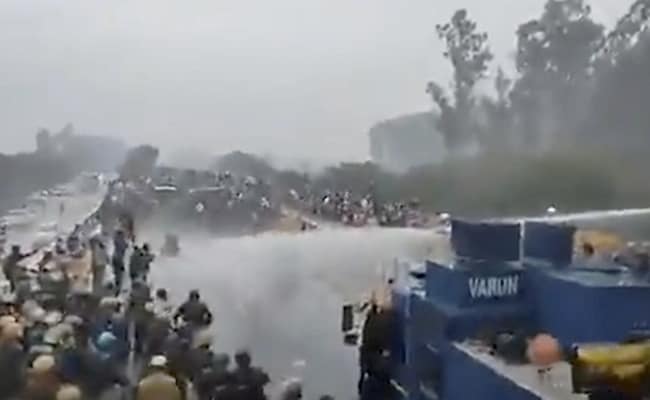 It is absolutely wrong that farmers are being prevented from holding peaceful demonstrations against the Centre's new farm laws and water cannons are being used on them, Delhi Chief Minister Arvind Kejriwal said today.

Haryana put up road barricades along its border with Punjab on Wednesday as farmers in the adjoining state massed with their tractor-trailers for their "Delhi Chalo" march to protest against the laws. Water cannons were used at least twice to disperse them and stop them from going to Delhi.

Taking to Twitter, the Delhi Chief Minister said peaceful demonstration was a constitutional right of the farmers.

The Haryana government on Thursday completely sealed its borders with Punjab. Police personnel have been deployed in large numbers along the state's borders with Delhi as well.

The BJP-ruled Haryana government has suspended bus services to Punjab.

Protesting farmers have expressed apprehension that the Centre's farm laws would pave the way for dismantling of the minimum support price system, leaving them at the "mercy" of big corporates.

The government has maintained that the farm laws will bring farmers better opportunities and usher in new technologies in agriculture.