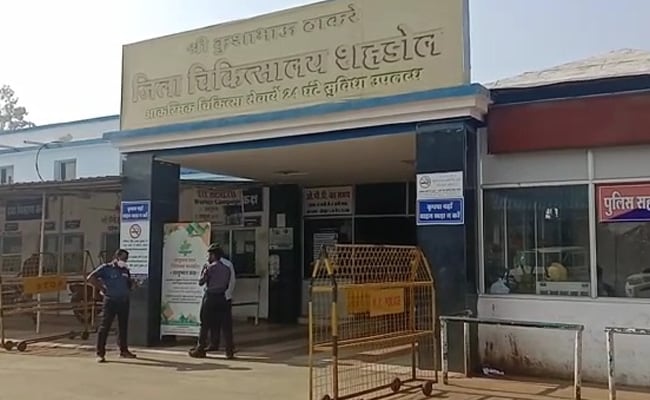 The children were from tribal-dominated Shahdol, Umaria and Anuppur districts

Eight infants have died in the last three days in a government hospital in Madhya Pradesh's Shahdol, 490 kilometres from the state capital Bhopal. Chief Minister Shivraj Singh Chouhan has ordered a high-level probe into circumstances leading to the deaths.

The infants, including a newborn, were admitted to the Sick Newborn Care Unit (SNCU) and Paediatric Intensive Care Unit (PICU) of the hospital.

The children were from tribal-dominated Shahdol, Umaria and Anuppur districts.

Health Minister Dr Prabhuram Chowdhary has said initial investigation revealed that most of the infants died of uncontrolled pneumonia and respiratory complications.

"On the Chief Minister's order, the additional chief secretary Mohammad Suleman has been tasked with conducting a probe into the deaths of the children at the Shahdol district hospital," he told reporters.

@ChouhanShivraj has ordered a high-level probe into the death of 8 infants, including a newborn at the district hospital in Shahdol in the last 3 days. The infants had been admitted to SNCU and PICU of the hospital @drkafeelkhan@vinodkapri#JustinTrudeaupic.twitter.com/bPPHnvfMkb

The Chief Minister has asked officials to find out if negligence of the medical staff was responsible for the deaths. He has instructed that if necessary, specialist doctors be sent from Jabalpur to Shahdol.

In January this year, six tribal infants, aged between six days and six months, had died within 15 hours at the same hospital.