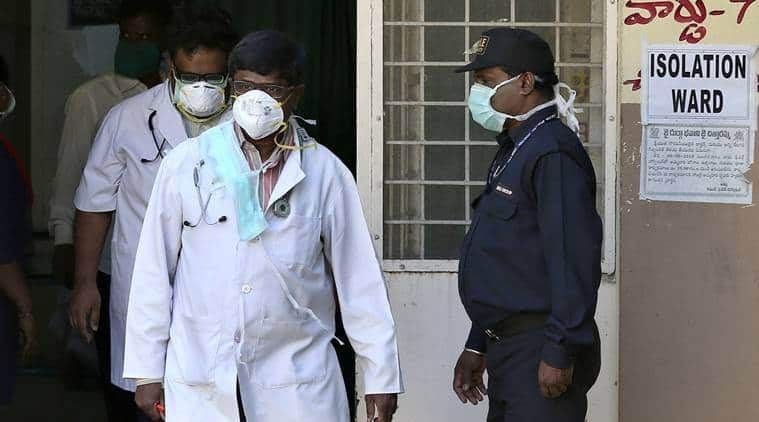 According to figures given by the health department, as many as 818 people are under the surveillance of the department. (Representational Photo)

A 70-YEAR-OLD, who reportedly came in contact with Raagi Giani Nirmal Singh Khalsa, who passed away recently fighting against COVID-19, self-reported to the Civil Hospital on Friday.

According to officials of the health department, the 70-year-old, hailing from Sector 12 of the city, reported himself claiming he had come in close contact with the Raagi during kirtan at a Chandigarh house. He has also developed symptoms, sources in the hospital said.

The man has been isolated and his samples for COVID-19 test have been sent by the officials.

As of now, a total of 125 people who had attended Tablighi Jamaat congregations across India have been quarantined in Panchkula. While 78 are in Nada Sahib, the remaining 47 were shifted to a new facility at Mouli village’s Navodaya School on Friday to decongest the Nada Sahib quarantine.

According to figures given by the health department, as many as 818 people are under the surveillance of the department. A total of 24 have been admitted to the isolation room of Civil Hospital in Panchkula and 120 have already completed their 28-day home quarantine.

At least two persons who attended Tablighi Jamaat at Nizammudin Delhi were isolated by the health department of Panchkula Thursday. Their samples were sent for testing. The two persons, aged 31 and 46, used to reside at Gareda village and Rajiv Colony, respectively.

A 42-year-male who had reached the Civil Hospital of Panchkula early in the morning, complaining of breathlessness and had died later in the day , was tested negative for COVID-19.
40-yr-old slum dweller tests positive again
The first case of Panchkula district, 40-year-old resident of Panchkula, has tested positive for COVID-19 again. Her family though has again tested negative and have been cleared by the health department.