3, Including Boat Owner, Arrested Over Andhra Boat Accident Where 35 Died 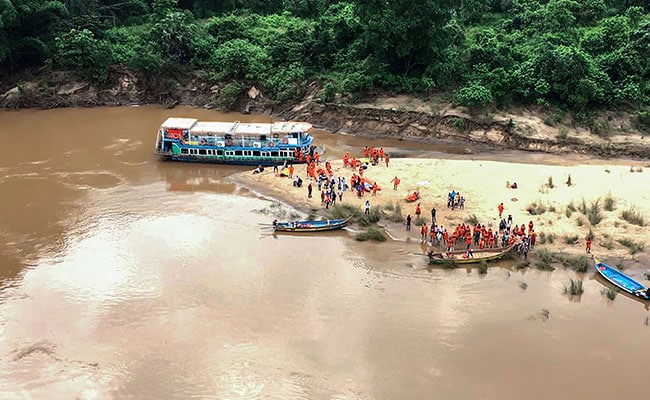 The owner of the boat which capsized in river Godavari in East Godavari district of Andhra Pradesh on Sunday killing 34 people, and two others were arrested on Friday in connection with the incident, a senior police official said

The boat owner K Venkata Ramana and two women, Prabhavati and Atchyuta Mani in whose name the boat was registered, were arrested on Friday, a police official said .

Full details would be disclosed only after the investigation, he said.

On Friday, body of a woman was recovered from the river near the accident spot at Kachhuluru. She was identified as Aruna of Visakhapatnam.

State Agriculture Minister K Kanna Babu said the boat carried 77 persons in all, of whom 26 survived the tragedy.

He said 16 more people -- nine from Andhra Pradesh and seven from Telangana -- were still "missing".

Officials temporarily suspended the search operation for the boat that was suspected to be stuck over 210 feet deep inside the river.

"We are awaiting a report from experts from Mumbai to launch the operation for retrieving the boat.

Besides, there is a flood of over three lakh cusecs in the river, because of which we suspended the search operation," official sources said.

The boat, 'Royal Vasishta Punnami' was on its way to the picturesque Papikondalu tourist spot in the middle of the river when it met with the accident, apparently on colliding with a large rock formation.