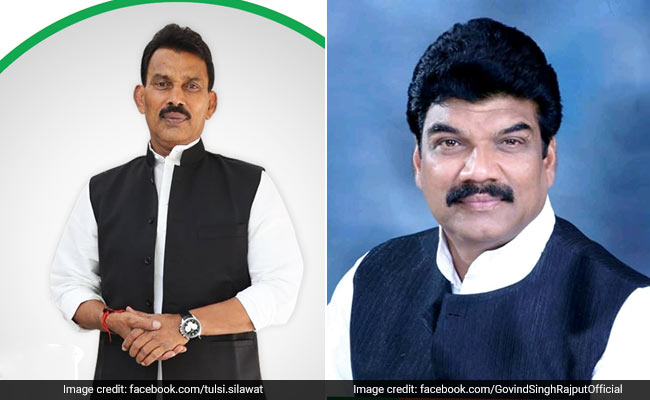 Madhya Pradesh ministers Tulsiram Silawat and Govind Rajput, who are not members of the state legislature, have resigned from their posts after completion of six months in office, an official said on Wednesday.

Both of them are contesting the November 3 state Assembly bypolls.

As per Article 164 (4) of the Constitution, "a minister who for any period of six consecutive months is not a member of the legislature of the state shall at the expiration of that period cease to be a minister".

"Both Tulsiram Silawat and Govind Rajput have resigned from their posts, a public relation department official told PTI. In a letter dated October 20 addressed to chief minister, Tulsiram Silawat said, As per the Constitutions Article 164 (4), I am resigning from the post of water resources minister on my own."

A copy of the letter has gone viral on social media.

Tulsiram Silawat and Govind Rajput, who was holding charge of the transport department, took oath as ministers on April 21.

The second state cabinet expansion, in which a number of other non-MLAs were inducted as ministers, took place on July 2 and they won't need to resign from their posts as of now, a constitutional expert said.

Tulsiram Silawat and Govind Rajput along with 20 other MLAs loyal to BJP Rajya Sabha member Jyotiraditya Scindia resigned from the Congress and their Assembly memberships in March this year, leading to the collapse of the Kamal Nath-led government.

By-elections to 28 Assembly seats in the state will be held on November 3.

Woman crushed to death in freak accident at Penang condo