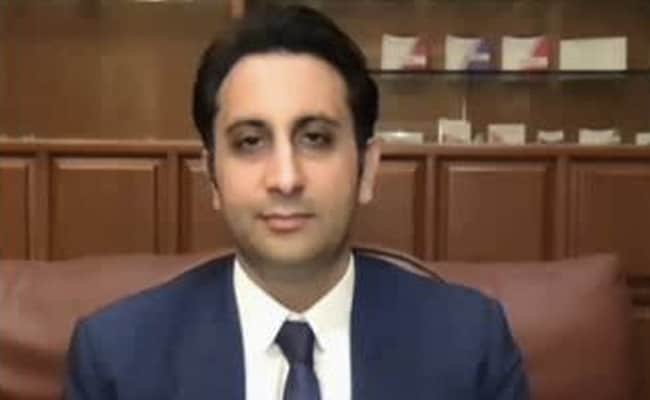 Adar Poonawalla of the Serum Institute of India

A minimum of 100 million doses of Covishield - a coronavirus vaccine that this morning was said to be 90 per cent effective - will be available by January and hundreds of million could be ready by the end of February, Adar Poonawalla of the Serum Institute of India told Monday evening.

Mr Poonawalla, whose company has an agreement with the government to mass-manufacture doses of the Covid vaccine, said around 40 million doses had already been produced and that the centre would buy 90 per cent of these doses for Rs 250 or less.

The rest will be sold for between Rs 500 and Rs 600 per dose for the private market, he added.

"It will be another two-three months for the vaccine to be available in India. By January we will have 100 million doses, minimum. The target set by the government is 300 to 400 million doses by July. We are putting a MRP of Rs 1,000 - for the private market it will be around Rs 500 or 600 (+ Rs 200 for the distributor) and Rs 250 or less for the government," Mr Poonawalla said.

He also said that the 10 per cent that is expected to be released to the private market was unlikely to be available before March, making vaccine distribution the preserve of the government till then.

"Till then the general public is not likely to get it easily. They will have to go to government distribution points and, if the are eligible, then they will get it. Otherwise they have to wait till March... because the priority is to vaccine our most vulnerable," Mr Poonawalla said.

He also pointed out that the delay in release to the private market would also be because of the time needed to complete licensing formalities. All prices are per dose, he added, noting that the recommended course at this stage is two - a half dose followed by a full dose in a month's time.

Sources, meanwhile, have said that Prime Minister Narendra Modi is likely to chair a virtual interaction with chief ministers of the eight worst affected states. Among other things, the Prime Minister is expected to discuss vaccine distribution.

Last month the Prime Minister called for "speedy access" of the vaccine to all members of the population and directed officials to keep in mind the "geographical span and diversity of the country" when planning logistics.

This morning pharma giant AstraZeneca, who have developed the vaccine jointly with the University of Oxford, said it could be around 90 per cent effective when administered over two doses separated by a month. This is based on data from trials in Britain and Brazil.

"This means we have a vaccine for the world," Andrew Pollard, director of the Oxford University vaccine group that developed the drug, said.

More crucially, the Covishield vaccine works out to be cheaper than the two other candidates that have released trial data in recent days - Pfizer and Moderna. It can also be transported and stored at fridge temperatures; experts say this makes it easier to distribute, especially in poor countries.

With input from Reuters