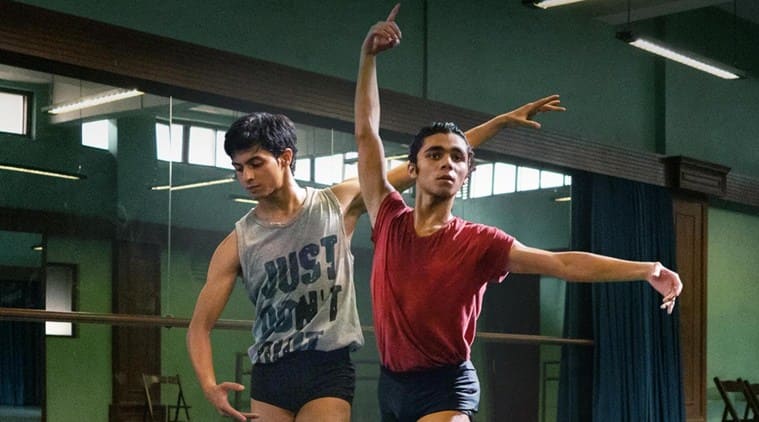 Yeh Ballet is streaming on Netflix.

To an average Indian, dance is an art form but not a pathway to a successful life. No matter how talented a dancer might be, the real-world struggles will try to bog him down but the one who stays focused, can make it. Netflix’s latest original film Yeh Ballet builds upon this premise and takes the audience on a journey of two teenage boys who learn to say ‘ballet’ and eventually fall in love with it.

Nishu (Manish Chauhan) and Asif (Achintya Bose) come from economically weaker backgrounds and live in the slums. While Nishu has had a short stint in a dance reality show, Asif spends all of his time with his friends ‘b boying’. Soon after they meet an American teacher Saul (Julian Sands), their dreams take flight.

The film spends a lot of time in establishing the backstories of each of these three lead characters. Even though the events here are inspired by a true story, a lot of what we see in the slums isn’t new to the eye. Nishu has a strict father (Vijay Maurya) who throws him out of the house for dancing but then dramatically changes in a short scene. Asif is the gifted one, and his trigger for ballet dancing is supported by a strong event which, unfortunately, doesn’t translate well on screen.

Since this is a film based on ballet, the dance sequences are poetic, rhythmic and at times, even mesmerising. Had there been more of these sequences, Yeh Ballet would have been a better film.

Yeh Ballet meanders in places where director Sooni Taraporevala focuses on the Hindu-Muslim divide, a hospitalised sister, an uncle who isn’t supportive, when in fact, neither of these events are important enough to the boys’ story.

The background music here fits in the film’s setting, but a couple of the lip-synced songs do not help its cause. Another ballet set-piece in the climax would have helped.

Yeh Ballet requires some patience as the almost 2-hour long run-time feels a little lengthy. But for viewers who choose to spend their weekend in leisure, Yeh Ballet is a pleasant watch.