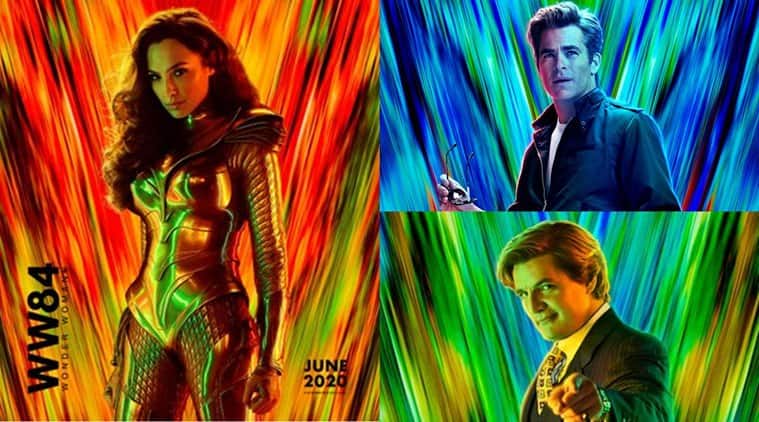 The first full trailer for one of the most awaited superhero films of 2020, Wonder Woman 1984, has been unveiled by Warner Bros.

The trailer is heavily steeped in the vibe of the 80s, right to the amazing retro background music that is an instrumental version of New Order’s “Blue Monday”. This reminds one of Thor: Ragnarok, in the best possible way, in that the Marvel Studios film’s Sakaar scenes were also scored in the 80s’ style.

We cannot wait to see what Hans Zimmer comes up with.

Diana faces new enemies in Wonder Woman 1984. While in the original, war itself was the antagonist, now it is more complicated.

Kristen Wiig’s feline supervillain Cheetah, Wonder Woman’s arch-nemesis, has been teased as the primary villain of the film, but the trailer gives more attention to Pedro Pascal’s Maxwell Lord, a businessman who in the comics thinks metahumans are a threat to the world.

In the trailer, he promises everyone everything they ever wanted. This presumably includes Chris Pine’s Steve Trevor, who Diana wishes would be back from the dead. And he does come back… and we still do not know how.

The action scenes look fantastic. There is a lot of use of Lasso of Truth. WB has clearly given more bucks to director Patty Jenkins.

Gal Gadot’s Amazonian superhero was first introduced in 2016’s Batman v Superman, before getting her solo film the following year. Wonder Woman was a huge critical and commercial success.

The film was noted for its hopeful and light tone, ample humour and more vibrant palette, as opposed to the grim, dark tone of other films in the DC Extended Universe.

Gal Gadot reprised the role in Justice League. Even though the film was panned and also bombed at the box office, her performance was widely praised.