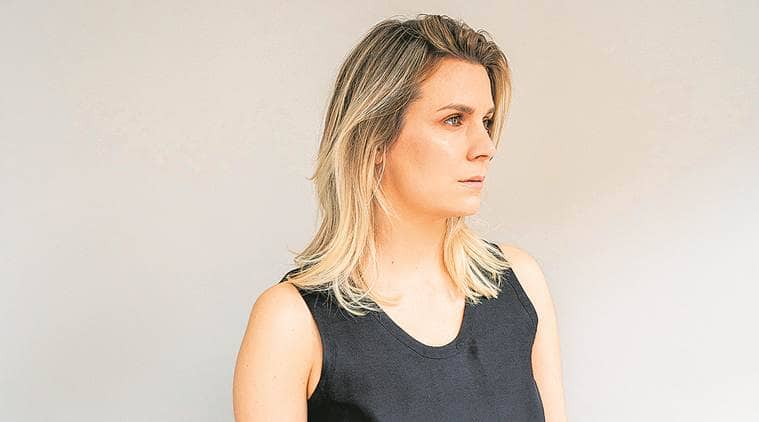 It’s a well-known predicament — the idea of ferrying someone to your mind space. When sitarist Anoushka Shankar takes us there as she translates loss, separation and pain in her personal life in Love Letters, she is accompanied by German-Turkish singer-songwriter Alev Lenz’s voice. Through a string theory that Shankar builds with her sitar in Bright Eyes — a heaving piece from Love Letters — Lenz’s bare voice fits like a glove. It’s as if it was made to be sung along with the sitar. She modulates her voice, goes up and down the scales effortlessly and finds minor yet majestic inflections that make the song a very tightly-knit merger (fusion is a wretched word, as most serious musicians believe). On Friday, at Delhi’s Siri Fort auditorium, when she sat behind a piano and sang, the now very famous piece, live, along with Shankar, among other accompanying artistes, she built on the sense of catharsis that the two found while creating Love Letters.

“It was really natural,” she says. “We were just two friends making songs that we felt were important and things we wanted to communicate as women. It was creatively the most satisfying process. We didn’t have the usual pressure that people do while making an album. Since both of us were dealing with heartbreak around the same time, it became a common process,” says Lenz.

The music sessions were over tea and snacks, centred around their kids’ schedules. “Music isn’t the middle of life, it’s not like an extra thing you do, it’s right in the centre. The chaos and the ebb and flow of creativity should have its own pace, and it did in this particular album,” she says. She also recently released her own solo album — 3, a powerful set of pieces, all created with voice, including the harmonies and structures. “I was a new mother and didn’t have a lot of time. The album was an attempt to dismantle patriarchy and I wanted it to be created right then in the fastest and most creative way possible and decided to do it all by myself,” says Lenz, who also collaborated with US-based choral ensemble Roomful of Teeth for one of the pieces.

Lenz has lived in London for the last nine years and houses her studio there. This is where she met Shankar for the first time and collaborated with her on the Grammy-nominated Land of Gold, which was based on the refugee crisis. But Lenz grew up in Munich, with a German father and a Turkish mother, who was a theatre actor, and was extremely influenced by the Turkish side of her family. “I heard a lot of Turkish music, which is why I can sing quarter notes, which not many western classical musicians can,” says Lenz. In Munich, she realised that she couldn’t decide about the kind of songs she wanted to sing and the kind of artiste she wanted to be. “So I decided to go to New York, and sing at every open mic possible in Manhattan,” says Lenz, who moved to London after that. It was at one of her shows that a Black Mirror producer heard her sing and told her to create a piece. The result was Fall into me, her song at the end of Hated in the Nation. She will continue to tour with Shankar this year and has a slew of other projects in the pipeline.