What Disha Parmar Tweeted About Already Being Engaged To Rahul Vaidya 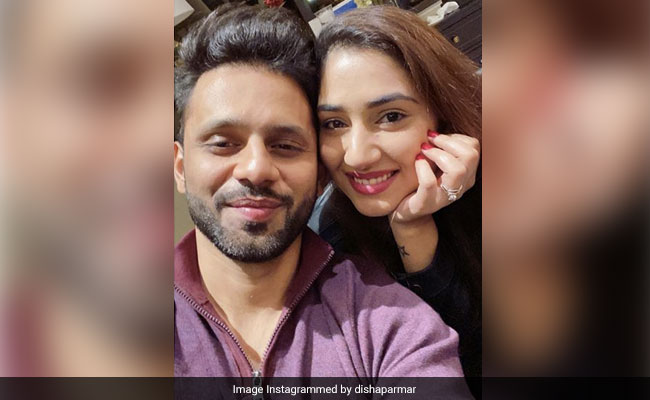 Calm down! And stop spreading fake news! That's all

Rahul Vaidya, currently in the Bigg Boss 14 house, painted a while T-shirt with the words: "Disha... love... Happy Birthday." Revealing he's dating Disha for two years, Rahul said that he should have proposed to her earlier and that's he's decided to do it on her birthday. "Will you marry me, Disha?" he said on the show and asked his girlfriend to send a response to the makers of Bigg Boss 14 soon.

Here's how Disha Parmar had wished Rahul Vaidya on his birthday, before he entered the Bigg Boss 14 house.

HAPPPYYYY BIRTHDAY TO YOU!!! 🥳 The least i could do was to come and wish you but then Life happened! 😪😓 Nevertheless, all the happiness, all the love and all the wishes for you in Life! Only the Best! ❤️😘 @rahulvaidyarkv