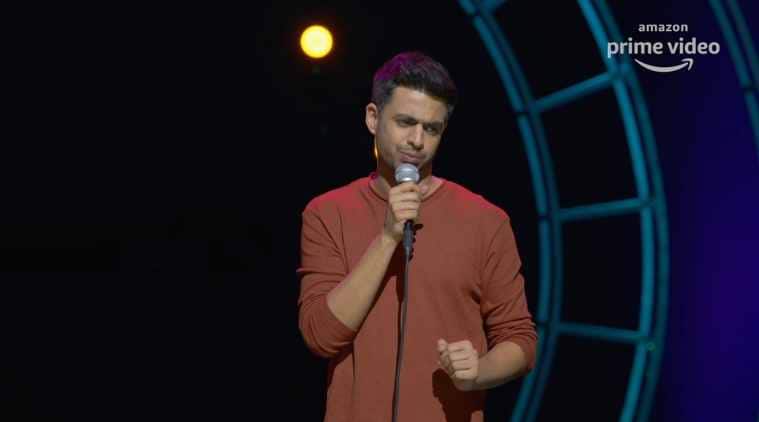 Wake N’ Bake does lack in pace, and at some bits are quite predictable.

Rohan Joshi seems to be handling life post AIB (All India Bakchod) quite well. He is slightly upset about his age — well he is a ripe old 36 — and has apparently made his peace with being called an uncle, but all in all he retains the edginess and the laughs that were a trademark of one of India’s finest comedy collectives. His first special, which is currently streaming on Amazon Prime Video, called Wake N’ Bake, has him flying solo. For someone who did wonders with a team, a lot was at stake for Joshi, and he has made quite an earnest attempt.

The one-hour special was supposed to be about him ageing, societal expectations of marriage and his love for maal, as the trailer revealed. But Joshi played smart. He starts off soft, with jokes about low-energy levels, his disdain for road trips and why clubbing is a young man’s game. He also makes fun of his SSC education, which resonated with many in the packed hall. The audience are almost lulled into a sense of familiar comfort, with expected punchlines and premise. “I am 36 now, so that ten years patriarchy period that men get, that is also over,” he states, much to the chuckles of the crowd.

After his bit about how he is an expert at passive-aggressive texting, he jolts the crowd with his stand on privilege and goes for the kill. He hops across the stage to “check his privilege”. “Check the hain”. “I am South Bombay born, wealthy English-educated — utters Joshi, as he takes a step with each point — “but SSC” — he takes half a step back and continues — “fair- skinned, CIS gender, heterosexual, Hindu, brahmin, man”, and Joshi had covered the entire expanse of the stage. “Nobody should get to have that many good adjectives in front of their name,” adds Joshi. He even added that if there was a rap song to be made about the struggles of his life, it would be extremely short.

AIB was known for its sharp political and social satire, which was blended with punchlines that went viral. Its absence has left quite a void in the comic/satire space, which the ilk of Kunal Kamra and Varun Grover are filling brilliantly. Joshi is a chip off the old block. After his bit about privilege and caste discrimination, when there is an uncomfortable silence in the auditorium, Joshi brings back what he does best — calls you out. “I am seeing the lack of funny on your faces right now”.

Then he moves on to ganja, the bake bit of the stand-up, where he endorses the legalisation for marijuana. “Ab ki baar chill the F#@%k out yaar. I think this is the platform I am going to run for in 2024.” What follows is the next act, which is a dig at Sardar Patel’s Statue of Unity in Gujarat. He comments how we don’t really need to construct the statue, just hand out weed, and people riding the high would see anything they want to see.

For this, Rohan Joshi deserves to be lauded. Especially in today’s time, when political dissent and protest have become quiet polarised. Earlier in the act, he also made a joke at Aditya Thackeray. We wonder if the special was shot before the current Maharashtra government came to power.

The special does lack in pace, and at some bits are quite predictable. Age as a comic gag has been done to death and beyond.

But in such times, we will take Joshi in all his SSC glory.