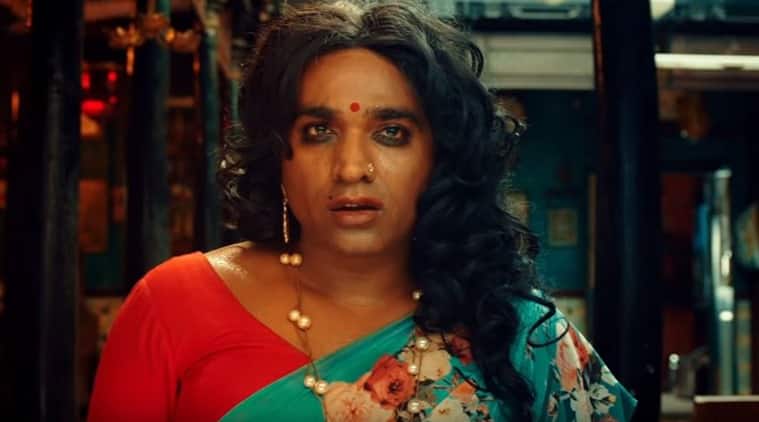 During a promotional show on Sun TV channel for the 2012 movie Sundarapandian, actor-filmmaker Sasikumar mentioned about then novice actor Vijay Sethupathi, who had played a supporting role in the film. I don’t exactly remember his words, but Sasikumar said something like: Vijay Sethupathi will make his mark soon. And he was absolutely right as in the following months and years, Sethupathi has carved a niche for himself in the industry. Today, he stands among the top stars in the south Indian film industry.

Sethupathi, however, has avoided falling into an image trap and has been very flexible when it comes to picking his characters. From a bonafide bad guy to a socially discriminated transgender person, he has been pushing the envelope with every movie.

1) Pizza: It marked the debut of director Karthik Subbaraj, who was already popular among Tamil movie buffs, courtesy Nalaya Iyakunar, a TV competition show for short film makers. It came at a time when small-budget movies were receiving a lot of love from the audience. And this horror-thriller made a dent at the box office and gave Sethupathi his first break. (Pizza is streaming on Disney+ Hotstar)

2) Naduvula Konjam Pakkatha Kaanom: Inspired by a real-life incident, this buddy comedy is everything you need to forget your problems for some time. The struggle of a group of friends who are bending over backwards to get a friend suffering from amnesia to marry the love of his life is genuinely funny and full of feel-good vibes. This put Sethupathi on the map. (Naduvula Konjam Pakkatha Kaanom is streaming on Sun NXT)

3) Soodhu Kavvum: Director Nalan Kumarasamy’s dark comedy further boosted Vijay Sethupathi’s career. This is the movie that told us that Sethupathi is here to stay and he’s not just a two-film wonder. The comedy of errors involving a group of amateur kidnappers will leave you in splits. (Soodhu Kavvum is streaming on ZEE5 and MX Player)

4) Naanum Rowdy Dhaan: The movie follows the antics of the hero, with no discernible talent or heart to stomach violence, trying to break into the business of the underworld. Laugh, laugh and laugh away. (Naanum Rowdy Dhaan is streaming on Sun NXT)

5) Vikram Vedha: A wise-cracking criminal becomes a spiritual guide to a cop, who gradually realises how his honesty was misused by those in power. Inspired by the folklore of Vikram and Betaal, the credit for the success of this movie should go to Pushkar–Gayathri’s writing. (Vikram Vedha is streaming on ZEE5)

6) 96: This nostalgic ride into school romance charms you with soul-soothing music by composer Govind Vasantha. It was magic, which cannot be recreated or mimicked. Even director C. Prem Kumar could not repeat the success when he did the movie in Telugu. (96 is streaming on Sun NXT)

7) Super Deluxe: Director Thiagarajan Kumararaja’s second directorial outing is one of the best movies of 2019. And Sethupathi’s tear-inducing performance as Shilpa is the best part of it. (Super Deluxe is streaming on Netflix)