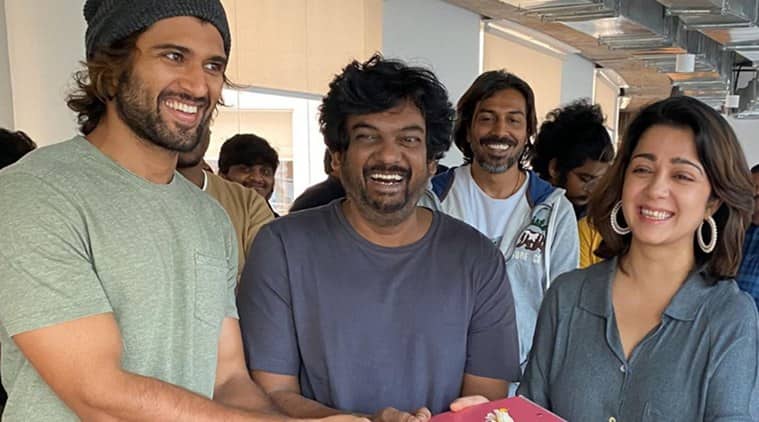 Arjun Reddy star Vijay Deverakonda, who will be making his Bollywood debut with director Puri Jagannadh’s bilingual film, says he is looking forward to playing a fighter with a stutter in his maiden pan-India project.

Tentatively titled Fighter, the film is being simultaneously shot in Telugu and Hindi.

“I’ve started shooting for my first pan-Indian film with Puri Jagannadh… It’s a project that required me to undergo drastic physical transformation and I’ve been working non-stop to pull off the character. I play a fighter and the role required me to learn mixed martial arts,” Vijay told PTI.

The 30-year-old actor also confirmed that he will dub his own lines for the Hindi version which will be presented by Karan Johar and Apoorva Mehta. The film will also be dubbed in other south Indian languages.

The project marks the first collaboration of Deverakonda and Jagannadh, who is best known for films such as Mahesh Babu-starrer Pokkiri and Amitabh Bachchan-fronted Bbudadh… Hoga Terra Baap.

Vijay said Fighter, with which he will be chasing his dream of country-wide stardom, would be the beginning of a new phase in his career.

“I feel I’ve slowly started changing and this is the beginning of a new phase in my career. With each of my upcoming releases, I want to surprise my fans. I really want to rule Indian cinema,” he said.

Talking about his latest release World Famous Lover, Vijay confirmed that it’ll be his last love story as he’s shifting his focus on other genres.

“This is one of the hardest films of my career. I’m aware of the comparisons with Arjun Reddy and I didn’t mind because this will be the last love story of my career. I’ve played three different avatars in the film, which was emotionally and physically more exhausting than I’d imagined,” he added.

Having charted his own path in a cut-throat industry without any backing, Vijay said he’s finally living his dream.

“Be it about doing my kind of films and chasing the pan-India dream, or producing a film, or launching a clothing line or buying a home, I am living my dream. I am slowly trying to influence and change a generation, and if you notice, the youngsters love me for what I do, he said.