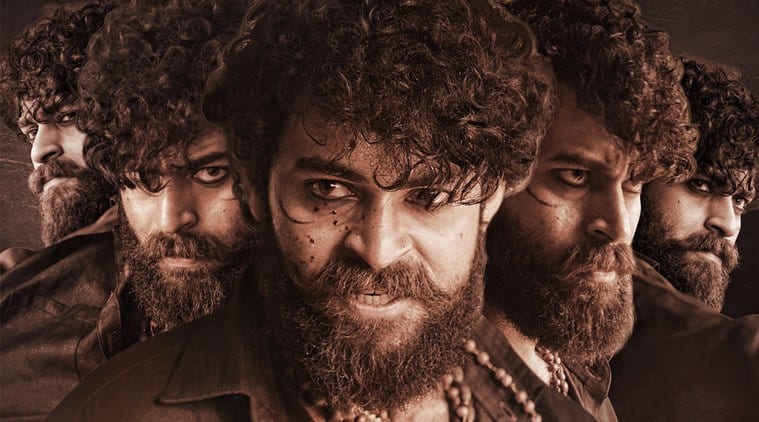 The teaser of Varun Tej starrer Valmiki was unveiled on Thursday. Sharing the video, the actor took to Twitter and wrote, “Lights camera and loads of Mass!!! Meet Valmiki!” The film is a Telugu remake of Tamil super hit Jigarthanda.

The rugged avatar of Varun in the film has been garnering huge attention from the audience. Director Harish Shankar who has been quite confident about Varun’s new look, also shared the teaser and wrote, “Let’s welcome the Brand new and the Grand new avatar of Varun Tej.”

The approximately 50-second long teaser mostly goes on with slow motion clips of Varun in different elevations, thus making the viewers concentrate more on his looks. Interestingly, Varun is seen speaking in the Telangana dialect in the end frames of the teaser. If that’s the case, this will be the second time this actor will speak dialogues in Telangana slang after F2 – Fun and Frustration.

Valmiki also stars Pooja Hegde as the female lead and it is her second time collaboration with Varun Tej. Earlier, both the actors collaborated for their Telugu debut film Mukunda.

Produced by Ram Achanta and Gopi Achanta under 14 Reels Plus banner, the actioner also stars Tamil actor Atharvaa Murali in a major role of an aspiring filmmaker.

While Mickey J Meyer has scored its music, Ayananka Bose is the cinematographer. Valmiki is scheduled for a worldwide release on September 13.

SC may hear plea against Chinmayanand bail on Feb 24