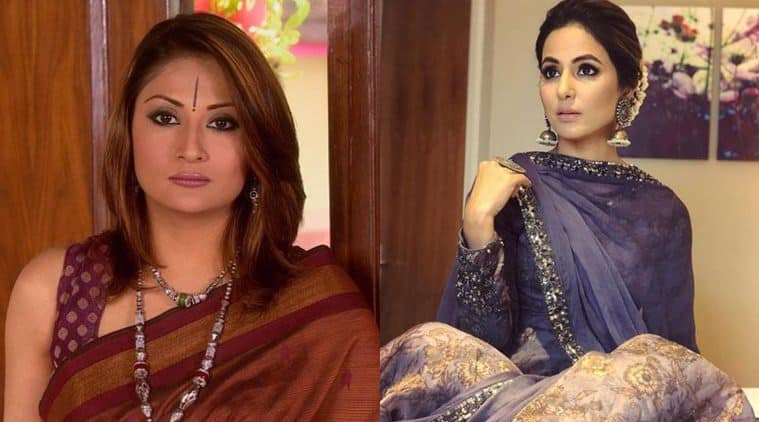 Kasautii Zindagii Kay 2 went on air on Tuesday. While Erica Fernandez as Prerna steps into Shweta Tiwari’s shoes, Partha Samthaan was seen as Anurag Basu, originally played by Cezzane Khan. While most of the cast was introduced yesterday, everyone is still excited to know about the new Komolika, the iconic bad girl of television. Amidst such excitement, Urvashi Dholakia, who became a household name back in 2001 with her role of Komolika, wished luck to Hina Khan, who reportedly will be reprising the role.

In an interview with SpotBoyE, Urvashi, who is still recognised as Komolika, said she has full faith that Hina will do justice to the role. She said, “Ekta (Kapoor) put her trust in me 18 years ago, the same she is doing now on Hina. Ekta has an eye for detail. Ekta has an eye for performers. Like she extracted what she wanted from me, I am sure she will extract it from Hina too. The baton has been passed and I wish Hina good luck in all honesty.”

On being asked about inevitable comparisons between the new and the old Komolika, Urvashi replied, “Comparisons will be there and you really can’t stop them from doing that, but people eventually catch on. And let’s take the case of millennials. They probably don’t even know me, it would relatively easy for them to relate to Hina.”

Urvashi also went down memory lane and recalled how she landed the role of television’s iconic villain. “I was shooting in Balaji office for Souten Bane Saheli, and Ekta called me to her cabin on the first floor. One look at me and she said, ‘You are going to be the next sex symbol of India, Komolika.’ I asked her what is Komolika. She said ‘that’s the name of your next character in a new show’. After some time, she introduced me to her mother Shobha Kapoor but Shobhaji rejected me and said: ‘Yeh! Yeh kaise kar payegi?’” narrated Urvashi.

Just like Urvashi was introduced after a few episodes in the show, Hina Khan, too, is expected to enter the show after five or six episodes.