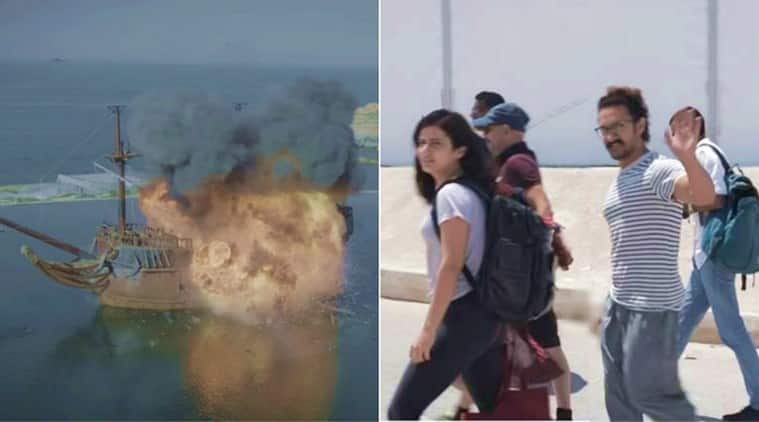 The Malta schedule of Thugs of Hindostan ended with a blast, literally! After shooting for three months on two life-size ships specially built for the film, the schedule wrap saw one of the ships being blown up as part of the script.

In the third making video released by Yash Raj Films today, director Vijay Krishna Acharya shared how they thought real action would have more impact onscreen, than using visual effects. Other crew members added that after literally living on the ship for three months, it was an emotional moment for them to carry out the explosion.

The video title ‘Chapter 3: Destroying the Ship’ shows all that the crew did to ensure the explosion was a one-take okay shot, since if anything went wrong, there would have been no going back!

The video also has actor Aamir Khan saying why it was an important part of Thugs. “I believe the ship explosion finally became quite a big news in Malta,” the actor said. “I’m feeling bad about blowing the ship up. But it is something which the script demands so I guess we just have to do it. It’ll go ‘boom’, and there will only be one take,” the director added.