In this day and age when television is obsessing over daayans, chudails, naagins and shaitaans, I thought it would be a good time to watch some of the ‘classic’ Hindi shows.

I start with Shah Rukh Khan’s 1989 show Fauji. Why Fauji? “I say, why not chaps” (you will get the reference if you watch the show). It was a show which gave the audience a break from the mythological dramas popular at the time.

What is Fauji about?

This 13-episode military drama provides viewers an insight into the training programme of army commandos. It introduces the audience to the buddy culture of the military where soldiers grow deep personal bonds with each other while they are away from their real families. The show also tells us what life might be for a military spouse. All in all, Fauji is a blend of drama, action and romance.

How is Fauji different from today’s shows?

In the recent past, there has been a spurt in movies inspired by the Indian armed forces. But, the problem seeps in when these films get jingoistic.

This is where Fauji wins. Not once does it try to reinstate the idea of Indianness. Rather, it guides us into the world of uniformed soldiers minus the melodrama. For instance, when Abhimanyu Rai (SRK) is unsure if his buddy Varun (Vikram Chopra) survived the attack of the enemies or if he became a war prisoner, Rai, without getting overly emotional, informs his fellow soldiers about it and all of them move ahead with their mission. It is left to the viewers to decide how they want to feel about it. 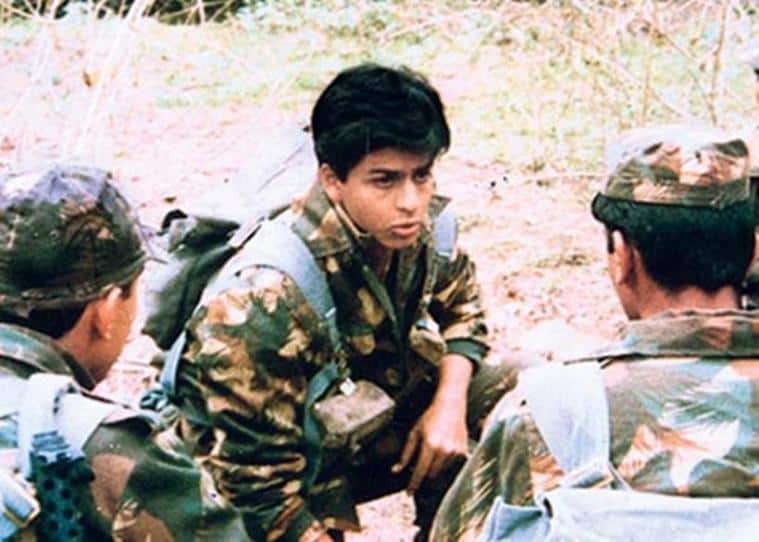 Fauji can teach today’s showrunners a thing or two about storytelling and characterisation. The story has intrigue and the characters transform over 13 episodes. SRK’s Abhimanyu Rai grows from an immature, careless young boy to a responsible, skilled soldier. The story progresses in every episode, unlike the shows of today where even if you watch it after a week, you probably would not miss anything, since the story would not have moved ahead a bit.

Should you watch Fauji?

In Fauji, you get to see some great episodes and some just okay episodes, but there is no ‘bad’ episode as such. Watch it for Shah Rukh Khan. The actor excels in every part, be it a romantic young boy flirting with a fellow woman officer, a younger brother who hates his elder brother for bossing him around or an efficient soldier. Director Colonel Raj Kumar Kapoor did carve an actor from a young 24-year-old boy.

Not really. The show aired on DD National at a time when people didn’t have a lot of options to choose from. It was the era dominated by Ramyana and Mahabharta. So, Fauji became a rage among the audience who were tired of watching mythological dramas. Today, it might put off a few viewers courtesy its amateur handling and lack of attention to detail. The production value too is nothing to write home about. Close-up shots of the characters are jarring, and there are instances when the loud background music drowns out the dialogues. But considering the story and performances, Colonel Raj Kumar Kapoor has done justice to its theme and Fauji is rightfully counted among the best military dramas.

You can stream Fauji on Amazon Prime Video.