The Hungama 2 will promote their upcoming film’s trailer on The Kapil Sharma Show and will also share some fun facts about working with each other.

The team will promote their upcoming film’s trailer on the comedy show and will also share some fun facts about working with each other. Hungama 2 will release in August this year will see the comeback of Shilpa Shetty in films. 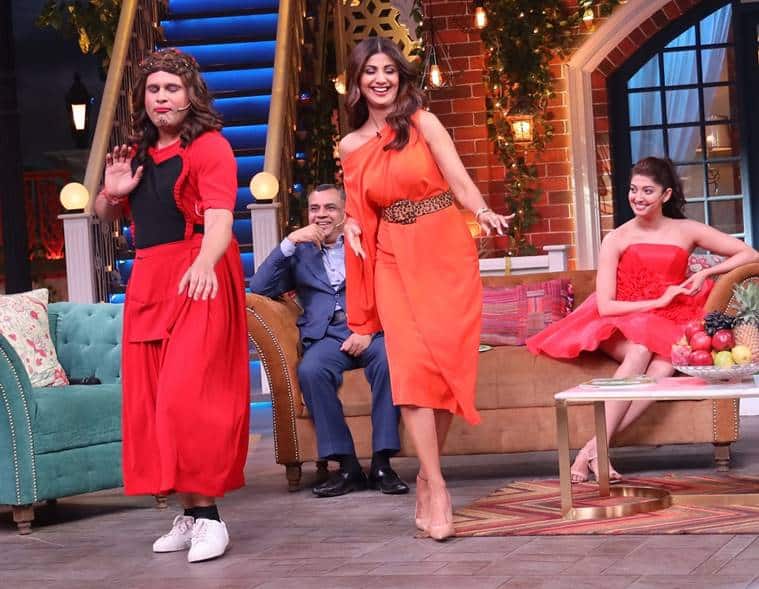 Kapil Sharma will get into a conversation with Shilpa Shetty on parenting and she will share that she is technology challenged. The actor will laugh to share that her husband Raj Kundra jokingly calls her BBC- Born before computers. She will say that while she can manage social media, it gets difficult for her to check her child’s homework over mails. She will lament that schools today don’t use notebooks and pens anymore. When Archana Puran Singh will warn Kapil Sharma to polish his technology skills so that he can help his daughter, he will laugh to say that he will never get assignments on mail as he doesn’t even have an email ID.

The Hungama 2 cast will reveal that the film has the recreated version of Shilpa Shetty’s iconic song “Chura Ke Dil Mera” from Main Khiladi Tu Anari. While the original song had Shetty perform with Akshay Kumar, this time around, she will be seen grooving with Meezan Jaffery. Shilpa Shetty will share that Meezan wasn’t even born when the original song was released. She will add that she was quite excited to match his level of energy for the song. The recreated version will also feature Paresh Rawal. Manoj Joshi on his wish to act with different actors

Talking about various roles, veteran actor Manoj Joshi will be seen revealing his unfulfilled wish of performing different actors. Joshi will say that he has been a character artiste all his life and so hasn’t got a chance to perform opposite a female actor. He will share that he would love to get a role where he gets to do more things, even romance.

As a surprise to the team, Kapil Sharma will enter the stage dressed up as Navjot Singh Sidhu. Through a complete segment he will enact the former cricketer-politician and mimic his style on the stage. Along with the audience, Sidhu’s replacement on the show Archana Puran Singh, will be seen having a hearty laugh on Sharma’s antics.