"Tears Make It Hard To Type" For Babil, Who Saw Dad Irrfan In His Dream 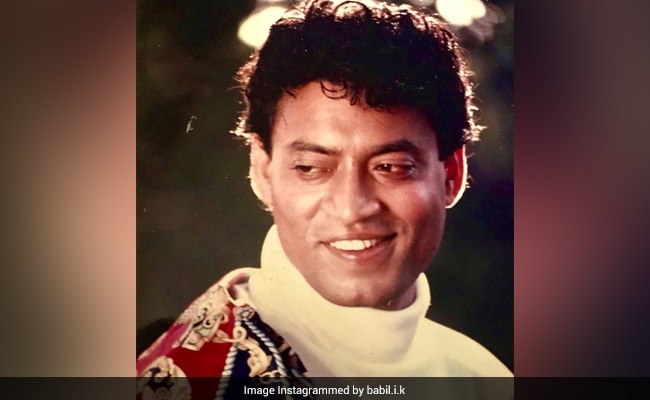 Babil Khan frequently remembers his late father and actor  Irrfan Khan by sharing memories from the past in the form of social media posts. Babil recently posted a throwback picture of his father on Instagram and he wrote an emotional caption along with it. He wrote: "For in my dreams, I have no knowledge of your desertion. In my dreams today, you told me you were about to leave me and you held me for so long. Imagine the fact that I just woke up cause my phone rang for yet another offer to act, for yet another film." An emotional Babil signed off his note with these words: "Now what sense does all this make without you Baba? I'd rather keep dreaming. (Tears make it hard to type, someone invent a phone for people that cry a lot plis)."

Here are some posts, featuring Irrfan Khan, shared by his son Babil:

Irrfan Khan died at a Mumbai hospital on April 29, last year. He battled a tumour for several months and returned to Mumbai after being treated in London. Irrfan Khan is survived by his wife Sutapa and two sons Babil and Ayan.

Irrfan Khan starred in several critically acclaimed as well as commercially successful films. Maqbool, Haasil, Paan Singh Tomar, Haider, Piku, Talvarand the Academy Award-nominated Salaam Bombay are just a few of them. The actor, who acquired a star status over the years, also featured in international projects like The Namesake, Life Of Pi, Inferno, Slumdog Millionaire and The Warrior among others. His last project was Angrezi Medium, co-starring Kareena Kapoor and Radhika Madan.