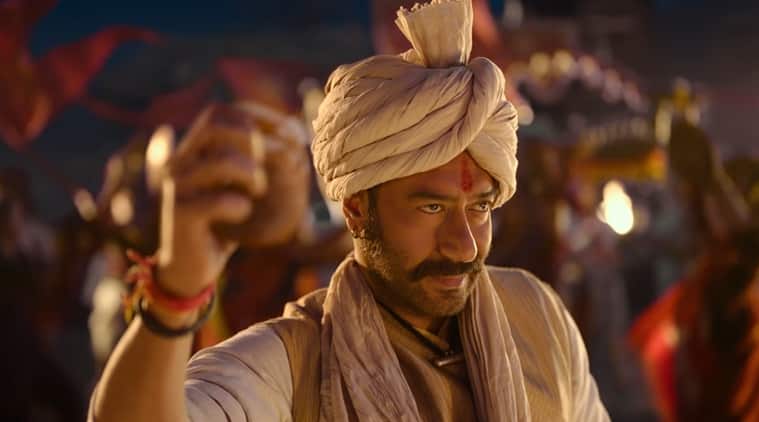 The trailer launch of Ajay Devgn starrer Tanhaji is being held in Mumbai. Set during the 17th century, the film also stars Saif Ali Khan, Kajol, Sharad Kelkar, Luke Kenny and Padmavati Rao among others.

Tanhaji marks the 100th feature film of Ajay Devgn who made his debut with Phool Aur Kaante in 1991. The movie also marks the fourth project featuring Ajay and Saif. The two have earlier appeared in Kachche Dhaage, LOC Kargil and Omkara. Tanhaji is directed by Om Raut who is making his Hindi film debut with the period drama. He has earlier directed Marathi film Lokmanya Ek Yug Purush.

While Ajay Devgn plays the titular role, Saif Ali Khan plays Udaybhan Rathore. The story revolves around Fort Kandhana that led to the Battle of Singhagad. Tanhaji was the trusted close aide of Chhatrapati Shivaji who had to give up the fort to the Mughals as per the Treaty of Purandar. The fort was later renamed as Singhagad to honour Shivaji.

Produced by Ajay Devgn and T-Series, Tanhaji releases on January 10, 2020.