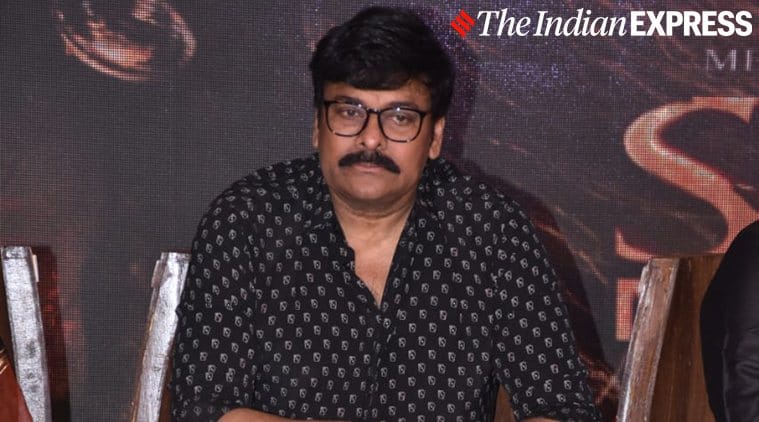 The much-awaited teaser of Chiranjeevi’s Sye Raa Narasimha Reddy was released by the makers on Tuesday at an event in Mumbai. The film is set in the pre-independence era when freedom fighter Uyyalawada Narasimha Reddy fought against the British rule a decade before the first war of independence in 1857.

Chiranjeevi who plays the titular role in the multi-lingual film is happy to present the “untold story of an unsung hero” with Sye Raa Narasimha Reddy. At the teaser launch event f his film, the actor said, “It is an untold story of an unsung hero, which I wanted to tell to everyone pan India. The story has been with me for more than a decade, but then I didn’t have the budget. Finally, it is happening, I am very happy.”

Apart from being happy about the film, the megastar of the South cinema is also excited to have shared the screen with Bollywood’s Shehenshah Amitabh Bachchan. “He is my real-life mentor. I feel there is only one megastar, and he is Amitabh Bachchan. Working with him was an amazing experience and I am thankful to him,” said Chiranjeevi on being asked about his experience of working with Bachchan.

Further, he shared the story of how he managed to pull senior Bachchan for the role of Gosaayi Venkanna, the guiding force and guru behind Narasimha Reddy’s freedom struggle. He narrated, “When I was talking to my director, he said there is this role and if we can get Amitabh Bachchan for it, nothing will be like it. So I called Amitabh sir and told him about the role. He said, because you have called, I will do it. He immediately said yes.”

Chiranjeevi had been away from the big screen for almost a decade before appearing in a double role in 2017 film Khaidi No. 150. When he was asked about his long disappearance, the actor reasoned, “I don’t know why this kind of a gap had come, but I didn’t get the right kind of content to do a film.”