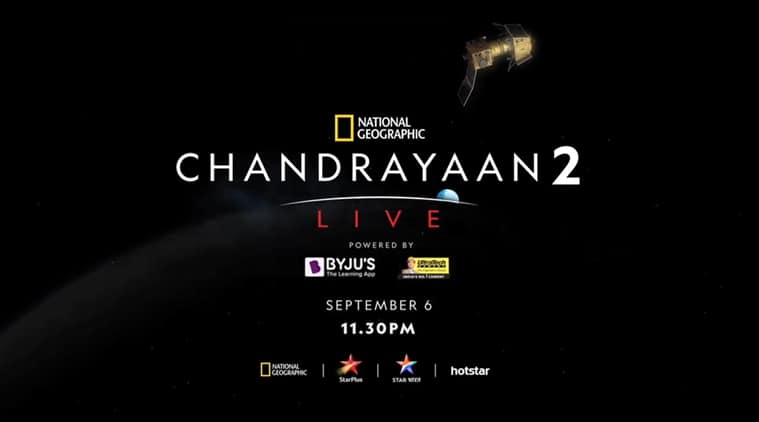 Weeks after ISRO launched Chandrayaan 2, its lander module Vikram will attempt to make a soft landing on the south polar region of the moon tonight. To celebrate this important moment, National Geographic, Star Plus, Star Bharat and Hotstar will be broadcasting the event live.

For Indians in over 100 countries, this is going to be a moment that they will cherish forever and the Star network has made sure that no one misses a beat of this significant event.

If successful, India will be the fourth country to land a machine on the moon after the former Soviet Union, US and China.

Sanjay Gupta, Country Manager – Star and Disney India, said, “This event will be a historic and immensely proud moment for India. What ISRO and the team of scientists have achieved is nothing short of spectacular. The Star network believes in inspiring its viewers with path-breaking content and we are delighted to provide our audience with the chance to witness the historic moment live.”

The event will be broadcast live on National Geographic, Hotstar, Star Plus and Star Bharat. The broadcast will also include expert interviews and trivia which will make this a wholesome experience for viewers.

The broadcast begins at 11:30 pm IST (6:00 pm GMT) on September 6, which is one hour before the scheduled touchdown.