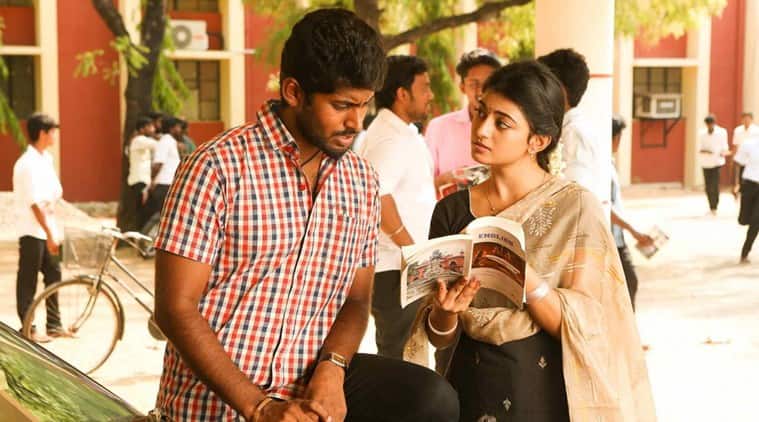 Pariyerum Perumal was the maiden production venture of hit filmmaker Pa Ranjith, one of the leading mainstream filmmakers in India who uses film as a medium to amplify Dalit issues. Ranjith bankrolled the film under his home production banner Neelam Productions. The movie, which exposes the audience to the harsh realities of a casteist society, marked the debut of director Mari Selvaraj.

If you haven’t watched it already, this uncompromising film on the evils of caste has to be on the top of your watch list this week.

Pariyerum Perumal takes off with a gut-wrenching death of a significant character. A character that represents innocence, trust, love, companionship and all things good in the world. The cause of the character’s death is very repulsive: upper-caste hegemony. Writer-director Mari establishes the unforgiving nature of a casteist set up in the very opening moments of the film. He uses different techniques that surprise the audience at every turn of the narration.

The mourning song “Adi Karuppi”, composed and rendered by Santhosh Narayanan, is a highlight of the movie. The rap-esque song that closely resembles filmmaker T. Rajendar’s trademark gabbing is a moving tribute to a murdered dog that wasn’t aware of the caste differences between men. But, following its death, it becomes a symbol of hope and strength of a Dalit youth Pariyan (Kathir). Mari even paints the black Mudhol Hound, a native Indian dog breed, with blue, the colour of Dalit resistance. He keeps bringing back the spirit animal of the protagonist whenever the latter struggles to find his place in a society that refuses to treat him as an equal.

Pariyerum Perumal doesn’t offer an easy solution to Pariyan’s problems. It would have been very satisfying to see Pariyan getting his revenge against his classmates who humiliated his father in full public view. It would have been heroic to show Pariyan openly acknowledging Jothi Mahalakshmi’s, a girl from upper cate, affection for him and fighting for his love against all odds. But it is not that film which lets you escape from the harsh realities of a morally decaying society. Whether we like it or not, Mari doesn’t give us that temporary gratification of an underdog beating the wisdom out of caste fanatics.

Pariyerum Perumal shows it’s not easy to overcome the challenges of all-pervasive caste. But it may not be impossible either.