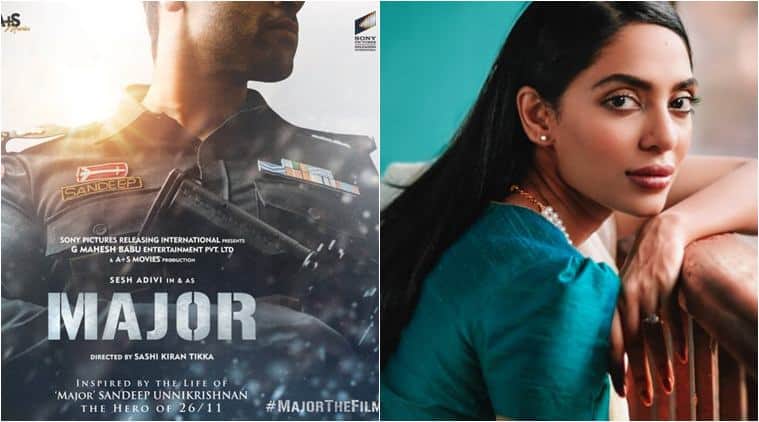 Sobhita Dhulipala is excited to be part of Major.

Actor Sobhita Dhulipala is excited to join the cast of Major, which is bankrolled by Mahesh Babu’s production house GMB Entertainment in association with Sony Pictures. The Sashi Kiran Tikka directorial, which will be shot in Telugu and Hindi, stars Adivi Sesh as Major Sandeep Unnikrishnan.

Interestingly, Major marks Dhulipala’s second venture with the team. The director and actor had earlier teamed up for Goodachari.

“Goodachari went on to become a critical and commercial success, so it is wonderful to reunite with the same team for a film as feisty as Major. Sesh and Sashi, who have become my friends, are people with immense clarity of thought and action,” Sobhita Dhulipala said in a statement.

“It is going to be an extreme yet tender, emotional experience. The attack gave us stories of courage, loss and tension, while also leaving behind massive wounds,” the Made In Heaven actor added.

Thrilled to announce that the beautiful @sobhitaD will play a crucial role in MAJOR, a film that has been inspired by the true story of Major Sandeep Unnikrishnan. She will be joining @AdiviSesh to bring the heroic story of the NSG Commando to life. #MajorTheFilm pic.twitter.com/80B7BvVuyg

Talking about her role, Sobhita Dhulipala revealed that her character arc is “impeccably detailed and honest.”

“It is integral to the narrative,” she concluded without divulging further details about her character.

Major is inspired by the life of Major Sandeep Unnikrishnan, the brave NSG commando, who lost his life while rescuing hostages during the 26/11 attacks in Mumbai in 2008.

Apart from playing the titular role, Adivi Sesh has also written the film.