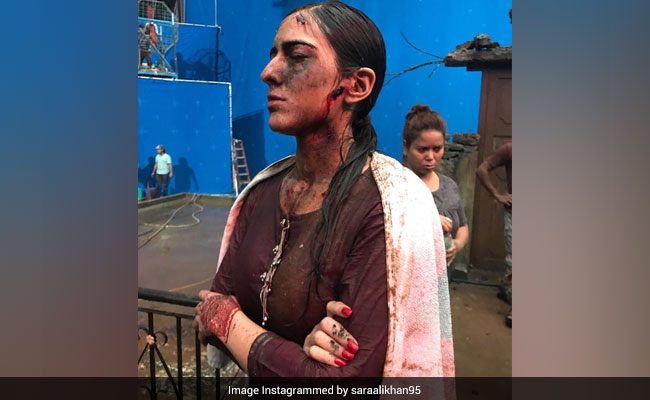 Making the best use of Flashback Friday, Bollywood actress Sara Ali Khan shared a set of pictures from her 2018 film Kedarnath. In of the pictures, Sara can be seen sitting pretty, with mountains in the backdrop, while in the second shot, the 24-year-old actress can be seen wearing a dress and a puffer jacket as she gets her hair styled. The third photograph appears to be from an action sequence as Sara's face is covered with a lot of paint. She hilariously captioned the post: Expectation, reality, reality in 2020." She added the hashtag #flashbackfriday and #kedarnath. Sara's post was flooded with LOL emojis. "Reality of life," wrote an Instagram user. "Relatable," added another.

Sara Ali Khan has been entertaining her fans by sharing throwback pictures and videos on her Instagram profile. A few days ago, she shared a picture from her childhood days. Check it out here: