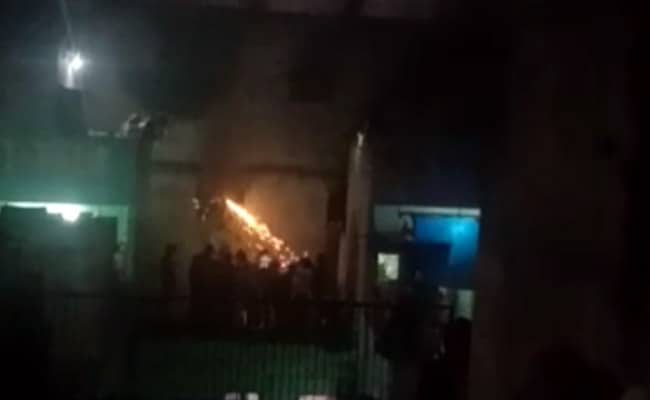 Delhi fire: Rescuers try to cut through a wall using a gas cutter to reach to people inside

A group of rescuers are seen in a video standing on the balcony of a building in north Delhi, trying to cut through the wall to reach to labourers who are trapped inside after a fire broke out. Forty-three people, most of them labourers who were sleeping, died when the fire engulfed the bag and paper factory in north Delhi this morning.

Many of them died due to suffocation, doctors at government hospitals that received the injured people said.

In the video, the rescuers numbering about a dozen are seen standing on the balcony and trying to find a way in as smoke billows out from the roof. The rescuers use a gas cutter to make a gap in the wall as sparks fly.

The building located at a crowded place in Anaj Mandi on Rani Jhansi Road does not have clear safety passages. The labourers apparently lost precious time to escape since all of them were sleeping. 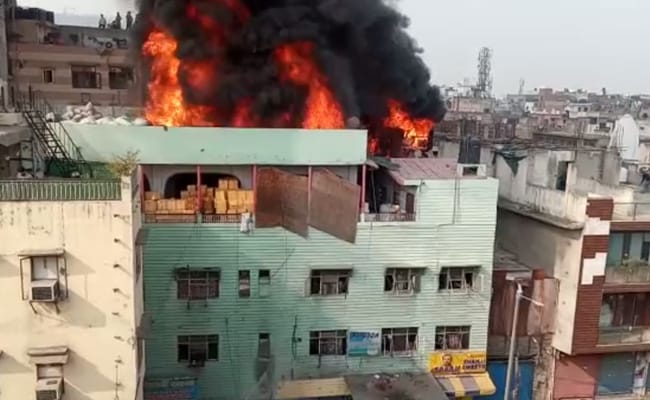 Delhi fire: The fire is seen on the roof of the building

It was still dark when the rescuers were seen on the balcony, while later visuals showed the sun was already up when the fire was raging.

Fire department officials suspect a short circuit triggered the incident. The lanes are so narrow that fire trucks couldn't reach the building and had to be parked some distance away.

Firemen made their way through the lanes to rescue those trapped inside the blackened building and carried away several unconscious labourers on their backs.

Power distribution company (discom) BYPL said the fire broke out due to fault in some "internal system" in the building, news agency Press Trust of India reported. A spokesperson of another power discom BSES Yamuna Power Limited said their team immediately disconnected power supply. "It appears that the fire started in the internal system of the building," he said. The electricity meters of the building were placed on the ground floor and found to be intact, he added.

A police case has been filed against the owners of the factory, Rehan and his brother Imran. The case will be probed by the Crime Branch of the Delhi Police, the force's spokesperson MS Randhawa said.

The BJP in Delhi, Chief Minister Arvind Kejriwal and Prime Minister Narendra Modi gave their condolences to the families of those who died in the fire and also announced compensation up to Rs 10 lakh per family.