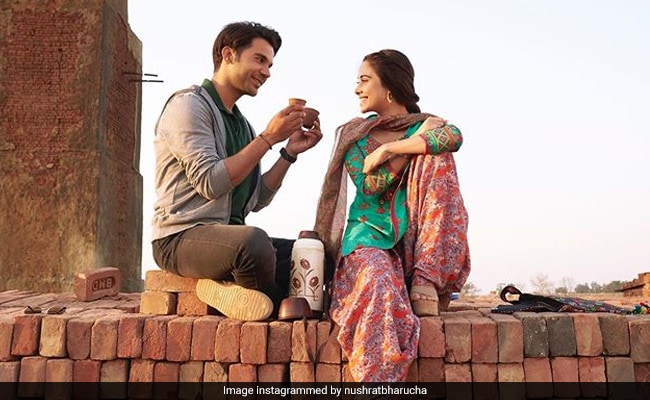 Rajkummar Rao and Nushrat Bharucha's film Turram Khan got a new title on Saturday - Chhalaang. Both the actor announced the news with their fans on social media. Directed by Hansal Mehta and produced by Ajay Devgn, Luv Ranjan, as well as Ankur Garg, Chhalaang will open in theatres on January 31 next year. Sharing a still from the work-in-progress film, Nushrat Bharucha wrote: "Same team, same movie, same release date... just a new name- Chhalaang! See you in theatres on January 31, 2020!" while Rajkummar Rao captioned his post: "Main aur Nushrat ab maarenge Chhalaang! Our next film directed by Hansal Mehta sir is now named 'Chhalaang.' See you in theatres on January 31, 2020!"

Chhalaang is a social comedy set against the backdrop of a small town in Uttar Pradesh.

This will be Rajkummar Rao and Nushrat Bharucha's second film together after the 2010 movie Love Sex Aur Dhokha. Last year, Rajkummar Rao announced his association with Hansal Mehta and wrote: "Excited to collaborate with my dearest Hansal Mehta sir once again to bring yet another interesting story Turram Khan, with the lovely Nushrat Bharucha as my co-star. Looking forward to this fun association." The actor and Hansal Mehta have previously worked together in Shahid, City Lights, Aligarh and Omerta.

Excited to collaborate with my dearest @mehtahansal sir once again to bring yet another interesting story #TurramKhan, with the lovely @NushratBharucha as my co-actress. Looking forward to this fun association on @TurramKhan with @AjayDevgn sir @Luv_Ranjan sir and @gargankur. pic.twitter.com/IUzk0whSBU

On the work front, Rajkummar Rao's upcoming projects also include Roohi Afza and Netflix's The White Tiger. Nushrat Bharucha's projects include romantic drama Hurdang, in which she will share screen space with Sunny Kaushal.

Bleaching on Great Barrier Reef more widespread than ever

Slept with makeup on? Here's what you should do in the morning