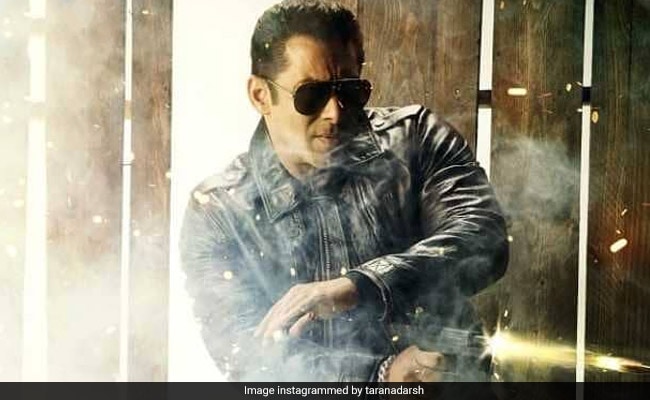 We have a special treat for all the Salman Khan fans out there. The makers of Radheshared a brand new poster from the film on Friday and it is trending big time on social media. Dressed in a black leather jacket and a pair of matching trousers, the 53-year-old actor can be seen posing with a gun in his hand. Salman has an intense expression on his face in the poster. The film, which will be directed by Prabhu Deva and will be produced by Salman's actor-brother Sohail Khan, is slated to release on Eid next year. Radhe will be Salman and Prabhu Deva's third collaborative project. The duo have earlier worked together in the 2007 film Wanted and Dabangg 3.

And here are the posters... New poster of #Dabangg3 and first look poster of #Radhe: Your Most Wanted Bhai... Salman Khan has booked #Christmas2019 and #Eid2020.

Meanwhile, Salman Khan shared an update on Radhe andDabangg 3 on social media, on Friday and he wrote: "Aap he ne poocha tha Dabangg 3 ke baad kya? What and when? Yeh lo answer."

The film's director Prabhu Deva, in an interview with news agency IANS earlier this month, shared an update on the film and said, "It has to be a completely different character. Otherwise, the audience will say we are repeating. We are working on it. The target is Eid and we will make it on time. I work fast."

On the work front, Bharatremains Salman Khan's last release. Other than Dabangg 3 and Radhe: Your Most Wanted Bhai, the actor also has Ready 2 in the pipeline.