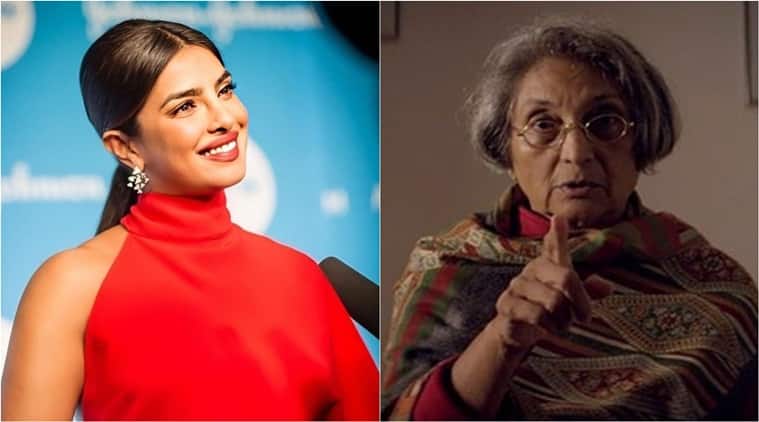 Bollywood actor Priyanka Chopra is all set to play Maa Anand Sheela in upcoming Amazon Studios film Sheela to be directed by Barry Levinson, The Hollywood Reporter reported. Chopra had first announced the project on The Ellen Degeneres Show. Though PC had earlier spoken about the project, it is now said to be greenlit.

Priyanka had earlier said, “I am developing a feature film with Barry Levinson. He did Rain Man and he is an iconic American director. And we are developing it as the character of Sheila, who was this guru (Osho) who originated from India, his right-hand woman and she was just devious and created a whole cult in America and brought people here. He was called Osho. I am developing that next for me to star in and produce in which I think would be really cool.”

Maa Anand Sheela’s story came to limelight after Netflix’s documentary series Wild Wild Country. Sheela spearheaded a campaign where Rajneesh’s followers started poisoning the salad bars and restaurants of a nearby county which led to an outbreak of salmonella and left 750 people sick. This attack in 1984 was the biggest bioterror attack in US history.

As per The Hollywood Reporter, the film will be produced by Barry Levinson’s Baltimore Pictures, Priyanka Chopra’s Purple Pebble Pictures and Permut Presentations’ David Permut and Jason Sosnoff. Sheela has been written by Nick Yarborough.

Apart from Sheela, Priyanka Chopra will soon be seen in Ramin Bahrani’s The White Tiger, Robert Rodriguez’s We Can Be Heroes and the upcoming Matrix movie. Priyanka and husband Nick Jonas are also producing a sangeet-based reality show for Amazon.

The actor was last seen in 2019’s The Sky is Pink. She is yet to announce her next Bollywood project.