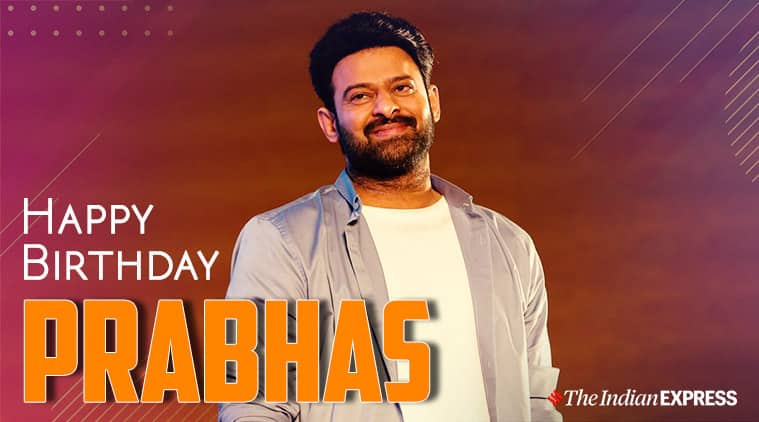 Rebel Star Prabhas who will next be seen in Radha Krishna directed period drama, tentatively titled Jaan, has turned 40 today. He was born on October 23, 1979 to Uppalapati Suryanarayana Raju and Siva Kumari. His original name is Uppalapati Venkata Satyanarayana Prabhas Raju and he is the younger one among three siblings.

Prabhas made his acting debut in 2002 with Eeshwar. He soon made a mark with Raghavendra (2003). Varsham which released in 2004 established him as a full-fledged action hero and helped him join the league of superstars. In a career spanning 17 years to date, the hunk has had 19 releases and most of which are categorised as actioners in different genres. On the occasion of his birthday, we bring you few of the popular scenes of the Baahubali star from his movies which prove that he is the only actor who could suit the bill.

The action hero always gets specially designed introduction scenes in his movies that give an adrenaline-rush to the viewers as they are planned to flaunt his physique. Be it his intro scene in Chatrapati via an underwater fight-sequence with a shark or his grand entry in Baahubali: The Conclusion in which he controls an angry elephant, all were crafted to give the much needed thrill to the moviegoers. But, among all, his intro scene in Raghavendra stands out. It enduces goosebumps within the mood of divinity. And, of course, Prabhas’ presence in the respective scene was complimented by a great background score.

Despite being a box office failure, Chakram remains one of the best movies of Prabhas. The Krishna Vamsi directorial successfully brought out the acting prowess of the Rebel Star. Prabhas excelled in balancing the emotional mood of the movie. He can also be lauded for trying to come out of his comfort action zone to do something like Chakram. His efforts to live the title character became quite evident.

Depiction of aggressive emotion in Chatrapati

It’s well known that Prabhas got his first ‘all-time blockbuster’ with SS Rajamouli directorial Chatrapati. The actioner not only elevated him in the top league but also proved his box office mettle. The film also proved why he is the best choice to present aggressive emotional content on camera.

Comic timing that only suits Prabhas

Besides his perfection in aggressive and emotional sequences, Prabhas owns a unique style and timing in comic scenes and one-liners too. His Bujjigadu is one of its kind and no other flick has been able to do that. The movie brought out Prabhas 2.0 and made him a ‘darling’ among the youth. His stylish acting with satiric dialogue delivery in this film had a huge impact on the Telugu audience.

His cutout itself is an avatar

Prabhas is one actor to have a huge fan following. It’s not an exaggeration to say that many of his fans watch his movies only to cherish his towering presence on the big screen irrespective of its result at the box office. Even his directors try to capture the best of his personality on the camera. But many claim that still, no director has fully succeeded in presenting the charismatic macho avatar of Prabhas, except SS Rajamouli. The heroic elevation of Prabhas in Rajamouli’s Chatrapati and Baahubali series is the perfect utilization of his physique for the cinematic pleasures and crowd-pulling purposes. “Evvadanta Evvadanta” song from Baahubali: The Beginning is the best example of it.