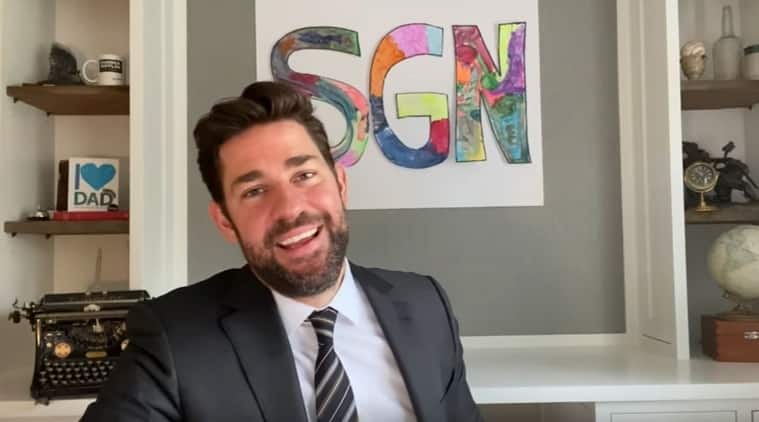 John Krasinksi in a still from Some Good News.

American actor-filmmaker John Krasinski is known for acclaimed projects like The Office (US version) and the horror thriller A Quiet Place. However, it is his new show, in the times of the COVID-19 pandemic, which is winning the hearts of audiences around the world. The show called Some Good News is hosted by Krasinski on his YouTube channel. With just two episodes, the channel already has over a million subscribers.

The concept of the show is pretty self-explanatory — curating and bringing good news from all corners of the world. To add a bit of fun, celebrities also make an appearance on the show. Steve Carell guest-starred in the pilot episode and the duo together reminisced about their ‘Office’ days.

In the second episode of the show, Hollywood star and John Krasinski’s wife Emily Blunt made a special appearance along with celebrated Hamilton artiste Lin-Manuel Miranda.