Pati Patni Aur Woh makers revealed the first look of Kartik Aaryan, Bhumi Pednekar and Ananya Panday from the upcoming film. Kartik, who plays Chintu Tyagi, shared his character poster on Instagram in which he dons a check-shirt and mustache. Along with the poster, he mentioned that his character is the most ‘ideal husband.’ Commenting on his poster, Bhumi wrote, “Chintu ji zyaada aankh mat mariye..aa rahe hai hum aur woh jald hi @kartikaaryan (Don’t wink too much, I am coming soon.)

Earlier, talking about her character, Bhumi had mentioned in a statement, “I have played a confident girl in all my movies but this one is super confident in a totally different way. It’s because she has got it all – she is a looker, she is like the thing in the city. All my other characters were confident because they are essentially strong, empowered human beings. My earlier characters didn’t really position me in a very desirable light as they were all regular people in a very real world. This one is not regular – to put it in the easiest way! You have to see her to know what she is. She is fun.” 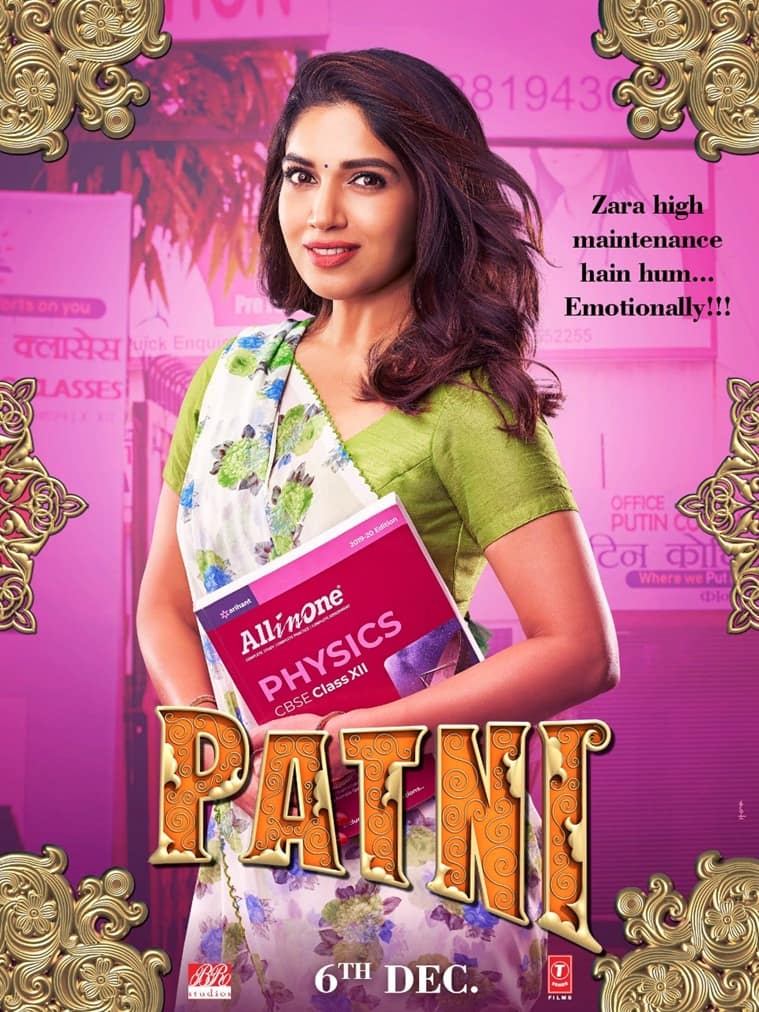 Last but the not the least is Ananya Panday, whose poster reveals that her character is going to be all sassy and stylish. In fact, the makers also described her as a difficult one to tackle. The poster reads, “Yeh Agneepath hai! Isse koi paar nahi kar paya!!! #PatiPatniAurWoh” (She is fire. Nobody can handle her)

Pati Patni Aur Woh is a remake of 1978 film of the same name. The original movie featured Sanjeev Kumar, Vidya Sinha and Ranjeeta Kaur in the lead roles.