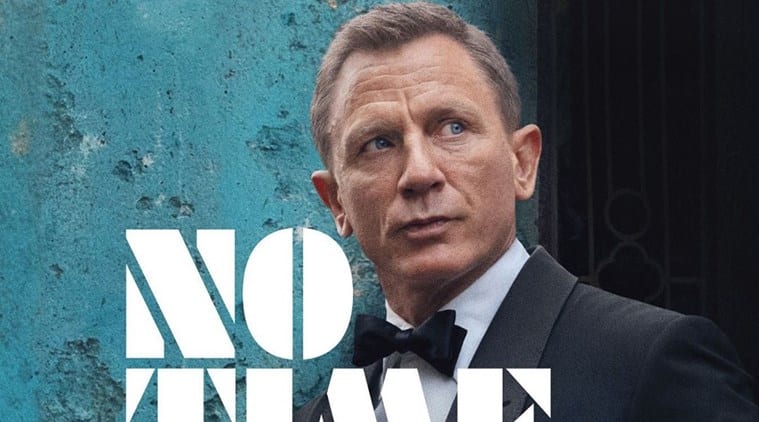 On the occasion of James Bond Day, the official Twitter account of the iconic fictional British Secret Service agent unveiled the first poster of upcoming film No Time To Die. Daniel Craig is appearing in the role for the last time in his career.

The English actor sports the recognisable tuxedo as he stares in the distance.

No Time to Die will be the 25th installment in the James Bond franchise. The Bond movies are based on the spy novels by late English author Ian Fleming. The film, to be directed by Cary Joji Fukunaga, will be the fifth time Craig will suit up in the character.

Malek is playing the role of primary antagonist. Fukunaga has penned the script with Scott Z Burns and Phoebe Waller-Bridge.

No Time to Die has had quite a turbulent production. Earlier, Danny Boyle was attached to direct the film after Craig came on board to play the role one more time despite previously saying he would rather “slash my wrists than play James Bond again.”

Boyle left the film in August 2018 citing creative differences. Fukunaga, best known for his work in the first season of HBO’s True Detective, was recruited to helm the film.