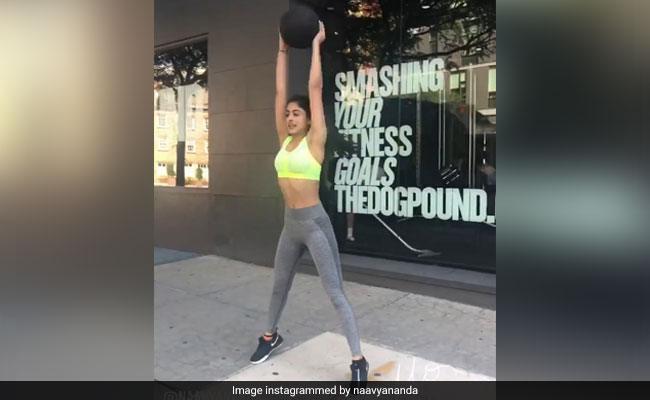 Shweta Bachchan Nanda and Nikhil Nanda's daughter Navya Naveli Nanda is giving us major fitness goals and how. The reason we brought this up today is because Navya recently featured in an adrenaline-laced video, which was shared by her fan clubs on Instagram. In the video, she can be seen vigorously working out on the streets of New York. Navya can be seen dressed in a neon green tank top and a pair of grey tights and she has her hair tied in a ponytail. Navya makes the entire drill look so easy as she effortlessly crosses all the hurdles. Just like us, her Instafam also loved the video titled "Fitness." The video received over 1 lakh likes on Instagram within a few hours.

Take a look at the video here:

Navya Naveli has some impeccable genes. She is the granddaughter Amitabh Bachchan and Jaya Bachchan. Her uncle Abhishek Bachchan and aunt Aishwarya Rai Bachchan are also celebrated actors. Navya is reportedly studying at New York's Fordham University. She hasn't featured in films or on television but she is a bona fide celebrity and often finds a spot on the list of trends. Navya even modelled for her mother's designer label in collaboration with designer Monisha Jaising last year.