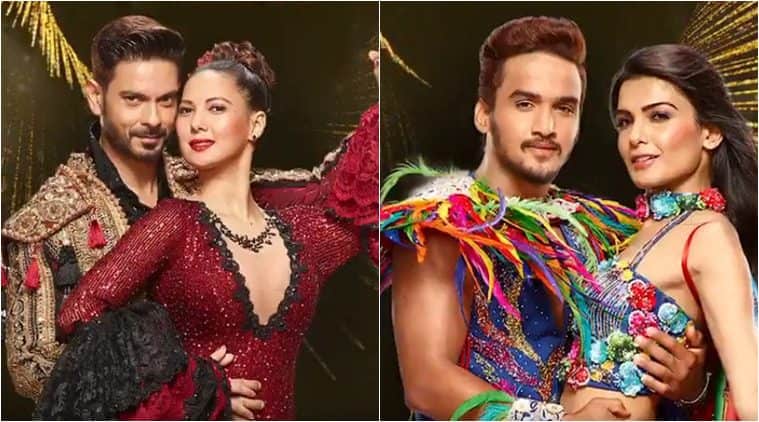 With Salman Khan coming on board as the co-producer, Nach Baliye 9 has surely become the biggest season of the dance reality show. Nach Baliye 9 had its mega launch on July 20, and for the first time ever, the premiere was spread over three days.

In the first two days of Nach Baliye 9, the audience was introduced to the contestants. They also witnessed some scintillating performances from popular television actors. The third episode was no different.

When the Nach Baliye song plays, you can’t help but dance to it!
Here’s the music video with all of our Jodis!#NachBaliye9, Every Sat-Sun at 8pm on StarPlus and Hotstar:- https://t.co/i06fXI5Kf8@shivangijoshi10 @momo_mohsin @AryaSmilesa @Urvashi9 @ApnAnuj @anitahasnandani pic.twitter.com/UBdwKylHLM

While many thought Mouni would join the show as a contestant, the actor later revealed that she was there to introduce the tenth jodi of Nach Baliye 9 – Sourabh Jain and wife Riddhima Jain. Popular for portraying Lord Krishna in several serials, Sourabh shared that Nach Baliye 9 was an opportunity for him to reveal his real self to the audience.

This cute couple, Jodi No. 10 – Sourabh and Ridhima a.k.a #SouRidhi give away their reason for being on Nach Baliye 9!

After Sourabh and Riddhima’s introduction, it was ex-Nach Baliye contestants Mohit Sehgal and Sanaya Irani who performed on “Coca Cola Tu” song from Luka Chuppi.

The two introduced the youngest couple of the show – Faisal Khan and Muskaan Kataria. Faisal, who rose to fame with Dance India Dance Li’l Masters, introduced his girlfriend and model Muskaan Kataria. The actor narrated that it was love at first sight for him.

Later, Faisal took to Instagram and wrote, “A new journey with Nach Baliye has started today. Require your blessings and love friends!”

As the show proceeded, television’s popular couple Divyanka Tripathi Dahiya and Vivek Dahiya took over the stage to perform on Ae Dil Hai Mushkil’s title track. The two introduced the last couple to participate in Nach Baliye 9. It was none other than Keith Sequeira and Rochelle Rao.

Jodi No. 12 – Keith and Rochelle a.k.a #KeiRo are super excited for Nach Baliye 9!

Nach Baliye 9, judged by Raveena Tandon and Ahmed Khan, will air on Star Plus every Saturday and Sunday at 8 pm. It will also stream on Hotstar.